Imperial Knights and Sentinels of Terra are Live. 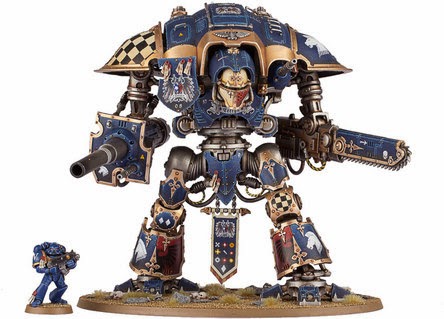 Imperial Knights are now live for the ordering. They are massive 8" tall and come in two builds off the Knight kit; the Knight Errant and the Knight Paladin. Alongside the Imperial Knight, the print version of Sentinels of Terra also is up for pre-orders today. Its a big day for Warhammer 40k.

At 8 inches tall the Imperial Knight is a towering war engine. Crafted in the Dark Age of Technology and resplendent with gothic details it presents a unique silhouette both in a display cabinet and on the battlefield. Fighting alongside armies of the Imperium, most Imperial Knights are part of a Knightly House. They are affiliated with either the Imperium or the Adeptus Mechanicus. Some Imperial Knights choose to forsake all ties to a noble house. Known as Freeblades, they are masters of their own destiny.

Fully jointed at the head, arms and waist this kit allows you to create some wonderful poses. You can assemble the Imperial Knight as a Knight Paladin armed with a Rapid-fire battle cannon or a Knight Errant armed with a Thermal cannon. Both are equipped with a Reaper chainsword and protected by an Ion Shield. Each also has the option to add Heavy Stubbers. You have the choice of three unique face-plates: one for Mechanicus affiliated Knights and two for Imperial Knights.

This plastic kit makes one Imperial Knight and contains a staggering 147 components and an Imperial Knight Transfer Sheet. The transfer sheet includes the iconography for:
- The Knightly Houses of Terryn, Hawkshroud and Cadmus.

- The Adeptus Mechanicus Houses of Raven and Taranis. 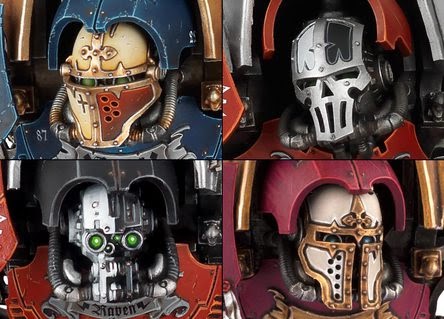 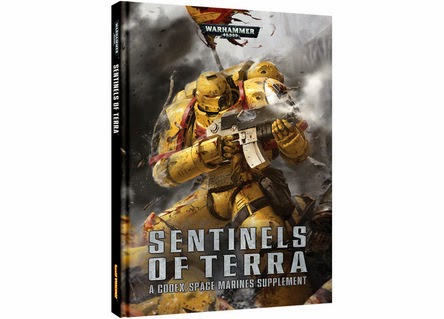