Pre-Order Your Imperial Knight Titan Now? Rules In the Next White Dwarf 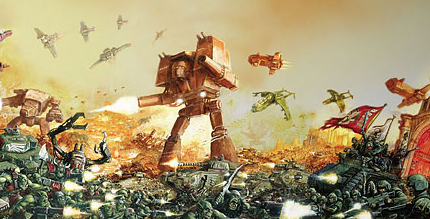 
The store in question has announced to its customers that they can order these now. Even though the store has made this public by posting it on their facebook page, I have decided not to mention the stores name, just in case it would result in problems with GW. I will mention that it is in Arizona.

Please remember that this is still considered a rumor right now.

via a store in Arizona's Facebook page
Pre-Order the Imperial Knight Titan, and the WD with it's rules at the shop now!!!