Dwarven Runes and Rangers: From the Armybook 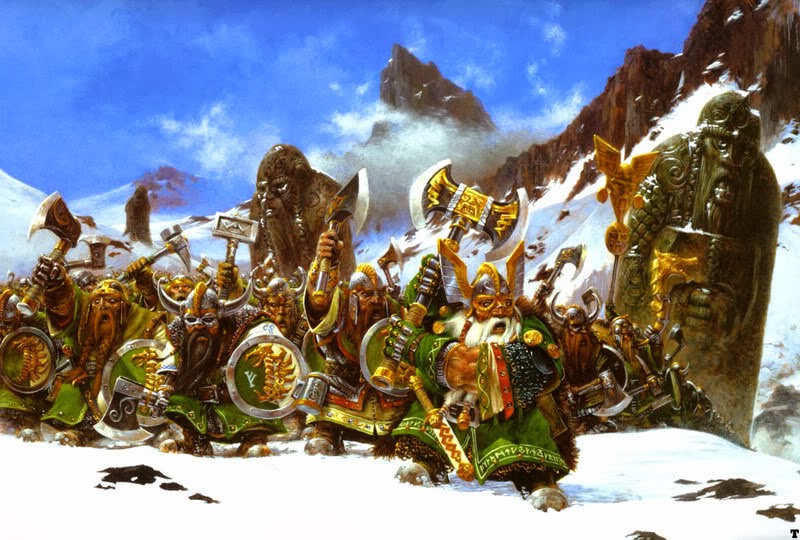 Continuing their information that is rumored to be directly from the armybook, and revealing the Iron Drakes yesterday, we have more information on the Dwarves. Its time to look again at the Grybomber/Gyrocopter, Dwarven Runes, and Rangers.


Please remember that these are still rumors.

If you missed this sources first reveal, here is the link.
http://natfka.blogspot.com/2014/02/dwarven-rules-leaked-including-new-rare.html

Also here was a different source that was verifying the first, and adding to it.
http://natfka.blogspot.com/2014/02/someone-with-dwarf-armybook-verifies.html


via a must remain anonymous source on Faeit 212 ****
The cost of the Gyrocopter has dropped significantly - Nearly 20 points and moved to special instead of rare - which is where the Gyrobomber is.

There are about 3 pages of Runes to choose from.  Some of the Runes have different "levels".  One that I remember that caught my eye is a Demon Slaying Rune: When purchased at its maximum "level" it grants the wielder 2+ to hit, 2+ to wound, No Ward Save and either d6 or d3 multiple wounds.  However that Rune is like 100+ points.

Rangers were moved to Rare
Slayers essentially remained the same - I don't recall any Ward Save for them, so still squishy with no armor.  They are Special choice.
Gotrek and Felix are not in the book, however I suspect we could see a Battlescroll later on.