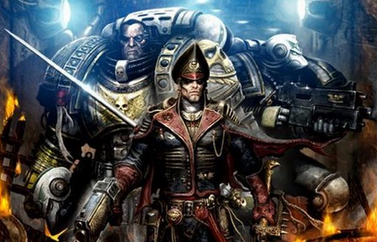 This week was a little crazy, it was like the balloon full of secrets kept being filled until it was just too much and it exploded all over the internet with Warhammer 40k leaks. This week we have a ton of new information and releases to keep even the mosted jaded hobbyist busy.


Dropzone Commander
February Releases are up for Pre-orders
http://natfka.blogspot.com/2014/02/dropzone-is-on-fire-with-new-releases.html


White Dwarf Leaks.....
It can be laid out like this. March will be Imperial Knights, Legion of the Damned, and Sentinels of Terra. Crazy leaks out yesterday just filled every news story yesterday. These are solid leaks with pics, and you can find links to these here.
http://natfka.blogspot.com/2014/02/more-wd-leaked-pics-imperial-knight.html

While we do not yet know for certain, a codex is most likely coming up for pre-orders to be released on the second Saturday of March, which means next week will be very exciting as more information is discovered about the Imperial Knights and the Legion of the Damned.

Knight Errant and Paladin have the same stat lines and are super heavy walkers with the single facing Ion Sheilds 4++, and the invincible behemoth rules.
WS4 BS4 S10 F13 S12 R12 A3 HP6
pts are as reported


Sentinels of Terra and Iron Hands Print Copies Coming.
The Black Library revealed to us this rumor earlier in the week from a reader on this site. With it being confirmed by White Dwarf leaks that the Sentinels of Terra are indeed coming, the Iron Hands coming around Easter sounds very solid.
Emailed black library to ask about supplements. Was told to expect some soon with print edition of sentinels due out march and iron hands clan due easter.

Release Order
We now have a solid release order for upcoming releases for Warhammer 40k, and these come to us from 40k Radio, and appear to be right on track with what we have been seeing. Here is there rumored release order.
via 40k Radio ****
http://natfka.blogspot.com/2014/02/imperial-knights-stormtroopers.html
Imperial Knight Titan: 1 kit will make all the versions.
Imperial Knight Titan Codex: Three armies in this book.
1st Army: Imperial Knights Army
2nd Army: Mechanicum Army
3rd Army: Freeblades Army (Mercs that can ally)

Stormtroopers, Commissar Squads, and Bullgryns are Astra Auxilary. These units may be taken as "plug-ins" to other Imperial armies.

Catachans and Cadians are covered in the new codex. Catachans are not going to direct only.

Orks are in June.

Forge World Products at GW Stores April 7th
We are now getting multiple confirmations that this long talked about rumor is finally coming. We have a date for it!!!!
via Tim and Another anonymous source on Faeit 212 ****
Forge World products will be ordered from the 7th April via GW stores.