Have You Settled In with Escalation and Stronghold Assault? 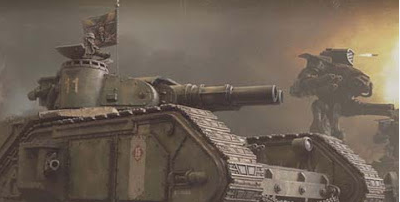 A couple months ago, we were doing hardly anything but talking about Stronghold Assault and Escalation. Its been awhile, and probably not long enough, but the community I think is settling in on on the subject. There are now tournaments using the rules, and of course ones that are not. Some have multiple events that allow for both ends of the spectrum.

I receive a lot of these emails, and this event in particular I have received multiple emails about, so I wanted to include it into this post. So I picked one and here it is.

via a reader on Faeit 212
Just wanted to let you know about this awesome tournament, Walking Wounded
in Sunderland in March

I think it's one if the best I have seen in a long time, just because they
have not tried to alter the rules at all and are allowing in everything.


This is a rumor, and even though it was part of a much larger conversation, you can get the idea of what is being said. An update to the rule book is still rumored to come as early as May through sometime this fall. Please take this as another rumor.

via an anonymous source on Faeit 212
it was also mentioned that escalation and stronghold assault are not to be treated as supplements and the next time the rules are updated they would be included in the base 40k rules.


So how are you dealing with Escalation and or Stronghold Assault, if at all?
2/11/2014
Natfka
40k, 6th Edition, Events, News Headlines, Rumors, Warhammer 40k