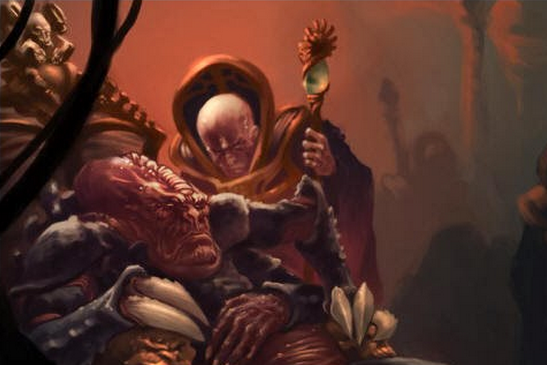 A Dataslate called Shadow Within said to be coming in September that will combine Astra Militarum and Tyranids? This rumor is making the rounds, and I wanted to make sure you all know where it is coming from when you run across it everywhere else.

Please remember that this is a rumor. This looks very far fetched, especially being so far out right now for a dataslate. Something like this may come about, but I doubt this is it.

via 4chan: *
I gave you Chaos Marines, Dark Angels and SM. Now I give you this. You've been wishing for it for a long time, but hope everyone's ready to be disappointed.

>Dataslate: Shadow Within
>24.99$
>September
>Contains two seperate sections: Formations & missions for Codex: Astra Militarum, and similar for Codex: Tyranids. Plus the usual fluff garbage.
>Cannot be used to make a stand-alone army like Inquisition, you need either of the two codices.
>No new models released alongside this, everything uses pre-existing kits.
>If you take a formation then you cannot bring in any kind of ally.

>More missions than in any other dataslate. some seem very similar to Planet Strike (one in particular: "defender" starts with only troops on the board, everything else must roll on reserves to enter (5+, only three units can arrive per turn), attacker must capture objectives held by defender.)
2/14/2014
Natfka
40k, 6th Edition, Imperial Guard, Rumors, Tyranids, Warhammer 40k