Stronghold Assault and Its Fortifications 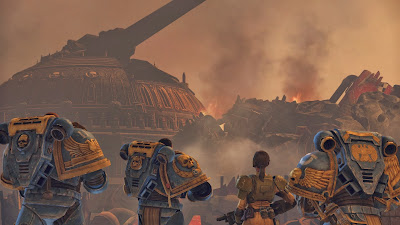 Stronghold Assault is the second of 40k expansions rumored to hit us in December, and with that comes more information on what this expansion might hold. There are combined fortifications into a single Foc choice, new upgrades for existing ones, and more.

As an Imperial Guard player, I look forward to these, and hope that the rumors of xenos upgrades are true, because I would love to add some of these, or their variants to my Eldar and Dark Eldar. With Escalation, these defensible locations are going to be a must for vulnerable armies that are not mech'd up.

via an anonymous source on Faeit 212
Stronghold Assault adds a lot of Fortifications into regular games of 40k, and it appears most of the new ones are from the Wall of Martyrs sets. There are 17 new datasheets for fortifications.