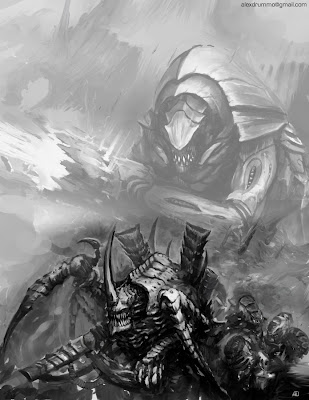 This week we are looking at Tyranids, both new rumors and a full compilation of what is coming. Alongside that we have a good look into what 2014 will look like in regard to warhammer 40k releases. So lets look at this weeks headlines and rumors.


News Headlines
It was a busy week with both the advent calendars of Games Workshop Hawk Wargames in full swing. Both kept us busy, but then there were other events as well from Dark Age to 40k Video Game Previews. Tyranids will be here soon after the start of the new year.


Release Schedule: The Order of Things 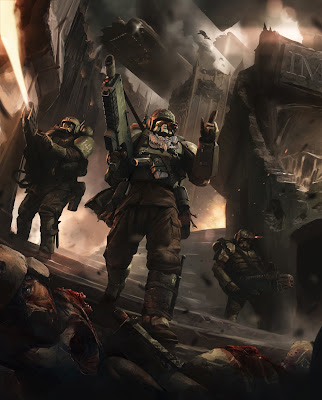 As we come around to 2014, rumors have been saying that all the codices will be updated and released by the first half of 2015. This very much goes along with that, with some movement in the order of Blood Angels and Space Wolves. Basically just flipping them. This does seem likely, and this release order very solid for the time being.

However, mixed into this bag, there is a ton of room for supplements, dataslates, and much more. 2014 will be a big year for Warhammer 40k, with possibly 8 release months which could easily end up being a 5 or 6 codex year.

via Stickmonkey on Faeit 212 ****
Just as an add to your release schedule post… I’ve had some unconfirmed info that GW is targeting two 40k release months for each non 40k release month.  If true, then we could see eight 40k months out of 2014…

Stickmoney further followed this up with his thoughts.....
Not rumors but just thoughts on how this might take shape

I personally expect 6 this next year.  I think if Fantasy is getting a reboot that we will have a little more focus there, and even with the faster pace, we still had nothing major in December.  I’m thinking 6 40k codex, 2 Fantasy army books and the 9th update. 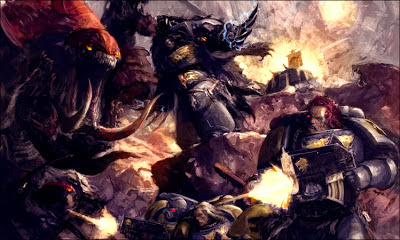 This rumor is exciting in that it gives us a look at Tyranid detachments having a different focus than others. With allies, meaning that you could focus the purpose and function of a detachment, and then with allying with yourself, have a separate detachment take up a different battlefield role. I like this idea, and we have had rumors that this was the direction of the Tyranid codex 4-6 months ago.

There were rumors on other sites that came out just hours after this one, that were similar but slightly more vague and reworded slightly.

via an anonymous source from the Faeit 212 inbox ****
http://natfka.blogspot.com/2013/12/tyranid-rules-apex-biomorphs.html
Apex Biomorphs, max one of each per detachment:
1. Synapse range is reduced but grants Eternal Warrior. Can be taken by any HQ (not Troop Tervigons or HS Trygon Primes).
2.Twin boneswords, AP2, for every wound inflicted on a 5+ the model regains a wound. For Primes and Tyrants. Regular boneswords are AP3 by the way.
3. Virus spore barrage (Ordnance, Poisoned 3+, unlimited range, one-shot, the template remains on the board until the end of the game).

A bit hazy but saw a flamer in there that could be taken by Tyrants and
Tervigons only (AP3?) and a 3+ carapace that grants a 2+ and EW if the 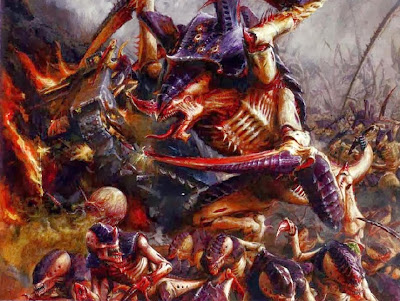 It was seriously time for a rumor compilation to come out, as there was just a lot of information flowing that needed to be filtered through. These are the most reliable rumors and whispers, alongside links to the latest pictures floating around the internet.

Its quite too long to post it here, so please just follow the link to check out what is on the horizon with Tyranids.


No Rumors or News Beyond this Point
I am rating what I personally think of the rumors (not the source). This is based off of behind the scenes knowledge, what different sources are saying, and general logic and guesswork. It goes like this

1 Star. Way out in left field, and I feel that these are probably just wild speculation or made up. (think whoa, where the hell did this come from, and generally posted up because its fun, or Natfka was bored)
12/22/2013
Natfka
Faeit's Rumor Tarot, News Headlines, Rumors