Kill Team: Whats Going to Be In It? 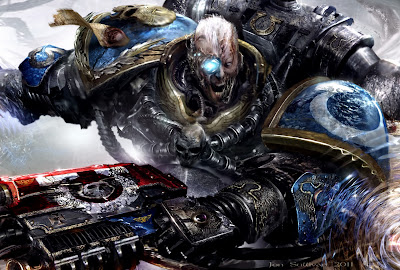 December 21st Kill Team is being released by Games Workshop Digital (according to rumors). At first I had thought it was a simply a short story, but with the images running around, its quite clear that it is a kill team supplement.

So very soon we will have an updated to 6th edition Kill Team, and here is a rumor out of Warhammer World that goes into a little detail about the release.


I do not expect this to be much more than what Kill Team fans already know and love, just put into digital format. Since I do not have it, I look forward to its release.


via Toyz n the Hood from the Bols Lounge
I was at Kill Team Maximus at Warhammer World yesterday and spoke with one of the guys there. It's a set of Kill Team rules - including six new missions, updated specialist rules and new break test rules (models now test individually rather than the whole team).
12/16/2013
Natfka
40k, 6th Edition, News Headlines, Rumors, Warhammer 40k