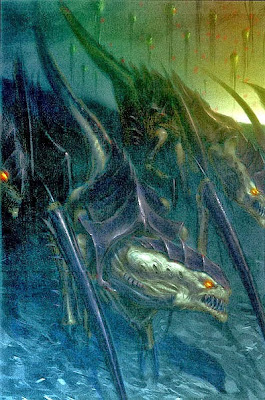 This January Tyranid players new and old are going to have some fantastic online deals for their hordes. Not only the Swarm Box set which we talked about earlier with 95 models, but the two new box sets of Termagants and Hormagaunts. These are great deals and look to be a sign of the future.


While the Swarm box set appears that it will be available in store, both the Termagant and Hormagaunt boxes will be online only. This looks to be an obvious way to cut costs for these two sets, and the best part is, the savings is being passed on to us.

For more info on the Swarm box set of 95 models, just follow the link.
http://natfka.blogspot.com/2013/12/the-tyranid-swarm.html

Remember that these kits are rumored and we have not seen any official release information, but for the purposes of this article, we are looking at them as something that is coming.