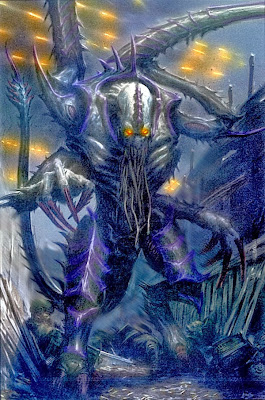 The two January Dataslates we announced here several weeks ago, finally have pictures leaked for them. The dataslates are the Tyranid Vanguard and the Tryannic War Veterans.


Here is the rumor we had from before, in the second week of December.


Leaked Images
There are more pics here as well, some of a couple new box sets, the limited edition covers and more. These all come from the January White Dwarf.
http://astropate.blogspot.com/2013/12/dataslate-tyrannic-war-veterans-tyranid.html
12/30/2013
Natfka
40k, 6th Edition, Rumors, Tyranids, Warhammer 40k