Release Schedule: The Order of Things 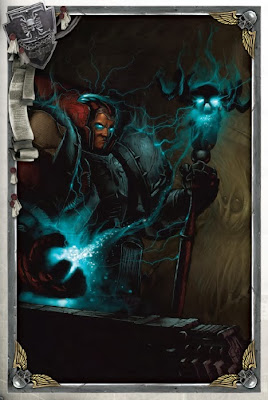 A release schedule is always fun, especially looking into the upcoming year. This one I had to ask a few questions on, because there were two codices that seemed out of place to me. Blood Angels in 2014 anyone?


The big surprise of course is that Blood Angels are listed after Orks. That would put Blood Angels sometime in the later half o the 2014, exactly where I thought Space Wolves were going to be. This list does not show the distinction between 2014 and 2015, which I am going to guess would sit right about where the Dark Eldar are.

Please remember that these are rumors, salt is always required.

This covers all current outstanding codexes that have not been touchedin 6th edition. (As much as people hate it, SOB have a new codex).

No independent deathwatch codex mentioned for third arm of the inquisition, may appear as a supplement to SM around the ork release, MAYBE.
12/17/2013
Natfka
40k, 6th Edition, Rumors, Warhammer 40k