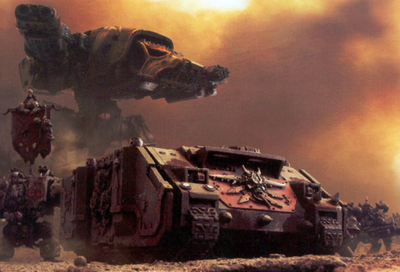 Of course with rumors of a new edition, I just had to see if there was anything else we could learn. The response is looking fantastic, and much more than I thought a new edition might be.

I had a whole article written on my thoughts of what a new edition might be when this arrived. Yea, a lot of what I was thinking was incorrect. This looks like it will be an edition to bring the rules together, making them all work with each other, and setting the frame work for moving forward.

via an anonymous source on Faeit 212 (solid source)
The next edition of 40k will be called 7th, not 6.5 when it drops, but as far as rules go it will be less of a jump than 5th to 6th.

As for its release it'll probably be September not "the summer."

It's not finished yet, still being tested so anything can happen.

The thought behind this edition is to make the game less alpha strike explosive and more "competitive" at all points values (even when including Lords of War), but D weapons outside of apocalypse may see alternate rules.