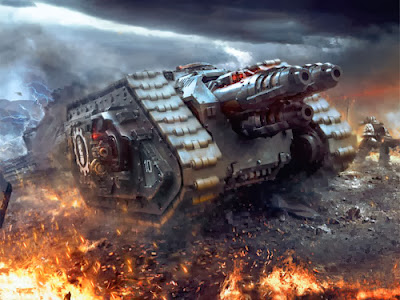 It seems that Games Workshop events are starting to allow much more at their events. From the Throne of Skulls allowing Escalation and Stronghold Assault, and now word that the Memphis Battle Bunker has a large even coming in June that will be allowing it all, including Forgeworld.

This would be a very exciting tournament, seeing it all hit the tables with double Force Org at 2000pts. This could really be devastating on the tabletop, as 2000pts and Forgeworld just opens up the game to many fantastic and crazy things that you could encounter.

I have not seen anything official on this yet, so it consider it a rumor until verified.

via an anonymous source from the Faeit 212 inbox.
I heard from the Memphis battle bunker that they will be running a 2000 point event in June allowing everything. Double force charts, data slates, forgeworld, stronghold, and escalation.
12/29/2013
Natfka
40k, 6th Edition, Events, News Headlines, Rumors, Warhammer 40k