Xenos Fortifications in Our Future? 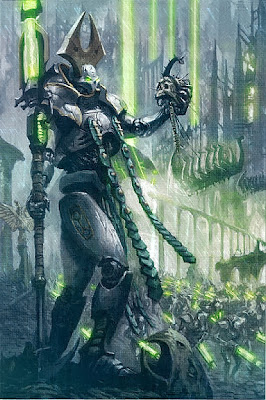 With the release of Stronghold Assault, fortifications are quickly becoming a mainstay of 6th edition. We still have not settled down with them yet, but the future of them looks bright indeed. Its time to look past what we currently have to take a chance and divine what could lie ahead.


Fortifications are an ingenious way for Games Workshop to create more more models and supplements that include variety and rules for every army out there. Its assumed as we have been told in previous good rumors, that the GW team sees most battles as being on Imperial Worlds. This means its completely viable to continue the aesthetic of Imperial fortifications and expansions upon those lines. However, we right now have a wide variety of these, and something new would be a good seller.

We have the freedom to collect or create our own fortifications following the rules that we have. Chaos Versions of the Imperial are also an easy no-brainer. So where are we after this? Tyranids, Eldar (craftworld and dark), Orks, Tau and Necron are all completely alien in appearance.

When I see that line up, its easy to see a supplement like Stronghold Assault in our future. Stronghold Assault did something we all did not expect, and that was releasing new fortifications without models. Now I think we will see these in the future, simply because they will sell. Void shields for instance really would be a quick and easy "lots of people want these". This has shown us thought that when it comes to fortifications, not every rules release needs a model (among fortifications).

So would a release of these models be something coming in the future? Not in 2014 it wont. At least not as I see it. However, 6th edition is supposed to last far beyond the release of its last codex. With that said, I think GW will go back and update codices, but it also leaves a lot of room for something entirely new, like a Stronghold Assault for Xenos.