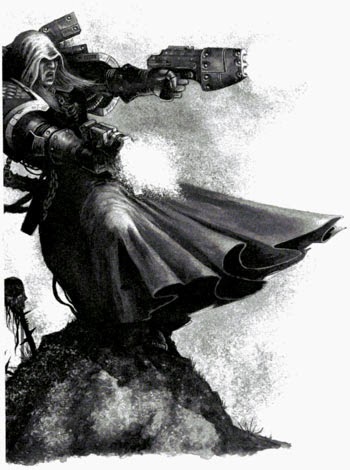 Games Workshops Digital Advent calendar has a been a ton of fun this year, with lots of great short stories and the first of the dataslates and battlescrolls for both Warhammer 40k and Fantasy. We now know according to rumors that Cypher will be pinnacle of the advent calendar, and it is a release that many of us are just dying for a glimpse of.

Here is a reminder of what we have coming from Games Workshop Digital.


Near the beginning of 6th edition when the Dark Vengeance starter set was coming about, it is was rumored here on Faeit 212, that Cypher was originally meant to be a part of the box set. That he was removed later in the design process before release. Its quite possible that this model exists, and that it will be making an appearance with the rumored dataslate, Cypher on December 25th. That would make a end of the year gift to the community.

Other really nice looking releases, include a 4 player mission for 40k, Carnage, and of course Kill Team.

Please remember that even these are very solid, they are still considered rumors until they are officially released.

Remember you can always get your latest download from Games Workshop Digital by just following the link.
http://www.blacklibrary.com/


via Tune from the Faeit 212 inbox.
14th: Warhammer: Vanguard Clash