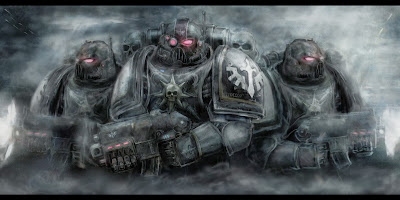 This rumor sounds a little far out of place, but who knows, as it comes from reliable sources. So lets delve into this, and start thinking what if this is happening. It would definitely throw the game for a big loop, since this is not something we are expecting to happen for quite some time.

Of course there are things that this may mean instead of a an entirely new edition, like an updated rulebook to include dataslates, escalation, and stronghold assault, (and possibly forgeworld), but lets stick to the rumor as it stands now.

On the Warhammer Fantasy side of things, 9th edition not happening in 2014. This is the second time now that we have heard this. So that much may really be happening.

All right before all of you blow us up step back and take a deep breath. This is from the source that have us pictures of the Space Marines and the Codex a month early. Also gave us pics of the Dark Elves which we described accurately a month early. Also gave us the info on the Sentinels of Terra. He also let us know that Nids were in January NOT December like so many other rumors sites predicted. So yeah he has been very accurate with the info he has given us. They way it was explained to us is that 7th Edition will be made to include the new Escalation and Stronghold rules. I would also not be surprised to see the Dataslates added to the main rule book.

Yes this is a rumor at this stage so take it with a grain of salt. But then again everything out source has said has come true. Only time will tell. Have a Merry Christmas with your families and don't let this put a knot in your undies.