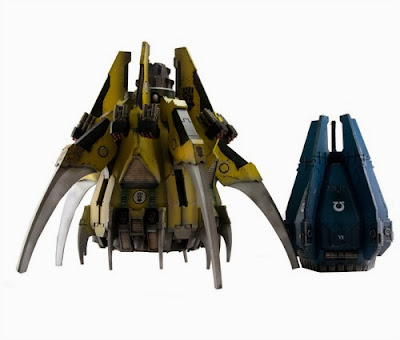 Kharybdis Assault Claw and Legion Basilisk are coming soon, to be released on January 3rd from Forgeworld. The Kharybdis is a massive drop pod, while the Legion basilisks brings heavy artillery to the legions. 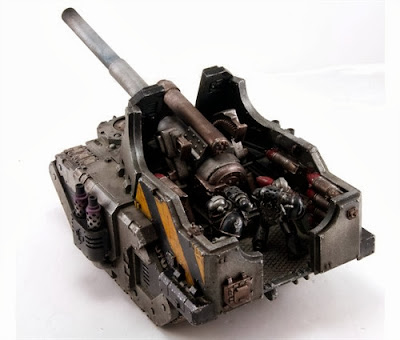 I absolutely love the Legion Basilisk. Definitely a model to consider as I look to expand my Imperial Guard.
Forgeworld New Releases
http://www.forgeworld.co.uk/New_Stuff


via Forgeworld
Kharybdis Assault Claw
Employed by many Legions as their primary ship-to-ship assault craft, the Kharybdis is a monstrous drop pod capable of carrying large assault forces through the void and mounting significant firepower to blast a path through defending small craft.

As a fully operational dropship, Kharybdis assault claws also serve as orbit-to-surface transports, a role that allows them to use the firepower of their storm launchers and melta cutters to scour clean their chosen landing zone before disembarking their deadly cargo.

Legion Basilisk
As cohesive fighting forces able to operate and conquer in any theatre of war, the Space Marine Legions maintain their own mobile heavy artillery units. The long-range cannon armed Basilisk is one of the most common artillery units used by the Legiones Astartes and has proved its effectiveness both for protracted bombardments and as a defensive weapon against enemy armour.