Electro-Priests- Description of the new Models 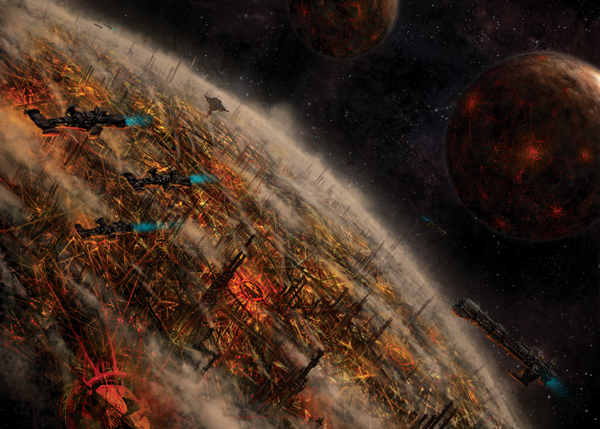 Yesterday we had rumors about the rumored Cult Mechanicus that seemed to be in conflict yet revealing a dual box kit for two elite types of Electro-Priests; Fulgurite Electro-Priests and Corpuscarii Electro-Priests. Today Captain Citadel over on the Spikey Bits forums is giving a detailed description of what he has seen regarding these models.


If you missed yesterday's article, here is a link
http://natfka.blogspot.com/2015/04/cult-mechanicus-electro-priests.html

“There will be a new combo kit for the Cult Mechanicus that contains their core unit the Electro-Priest. One version features large double handed glaives similar to the old model from the 1990’s and the other is armed with archaic looking wrist mounted shooting weapons. Both versions feature robed legs, and torsos with exposed fleshy chests that contain the bio-electrical details that they are known for.

Their heads are both bare, and some are blindfolded as well. The close combat versions are wreathed in cog plate, and the shooting variant (with the wrist mounted weapons) have yet more archaic equipment grafted into their backs and heads.

They both share the same robed legs which look similar to the zealots of olde, and are topped with a very American wrestling championship styled belt crowned with a large Mechanicus cog. Their bases are smaller than 40mm.”
4/21/2015
Natfka
40k, 7th Edition, Cult Mechanicus, New Releases, News Headlines, Rumors