The Invasion of Eden Prime is About to Hit 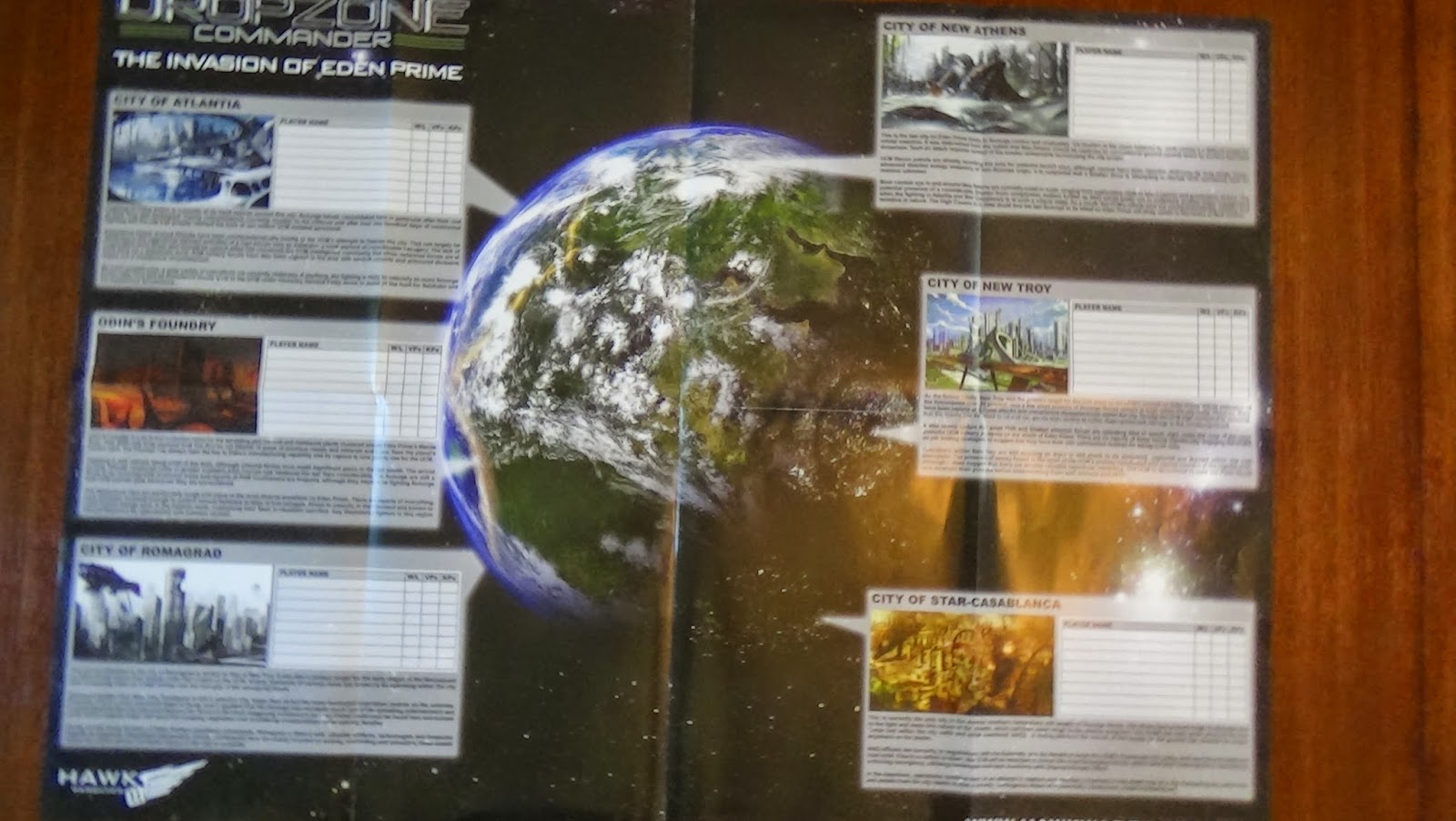 The guys at Hawk Wargames are getting ready to release a new Campaign for Dropzone Commander and Reconquest Phase 1; The Invasion of Eden Prime. The campaign will be sent out in the next few weeks to a month according to the latest information I have. With it will come poster campaign support to track games and points, artwork for each of the conflict zones, and new faction related metal pendents, which are very nicely done.


We get to take a first look at this at the new campaign, and as we get new information we will be on top of it to see if the campaign comes with new gaming scenarios for each of the battle zones.

One interesting piece of information, is from back in January that we had first hand on the Invasion of Eden Prime. The information talked about areas of battle, that included a flooded swamp ruined city, a run down Ice Base, and more. Perhaps this will be the first rules (even experimental) that could give us some insight to what Reconquest Phase 2 will bring regarding environmental battlefield effects. 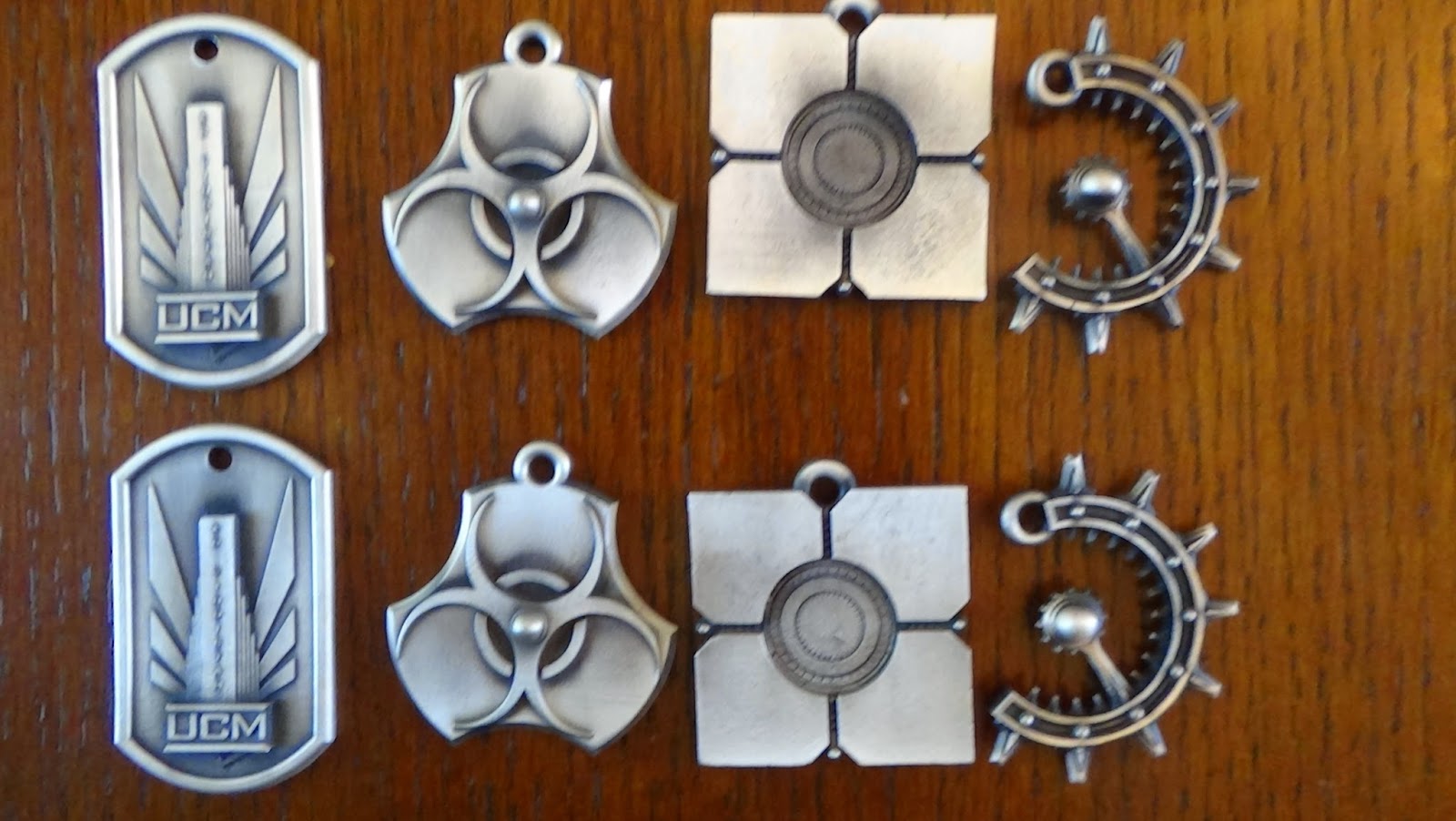 Those pendants are nice. It was pointed out to me specifically that these meant to not be flimsy pendants or patches, instead something really nice for the campaign players to keep. This is why they are made out of metal, and have some weight to them. Definitely check them out in the video.

This was previous information we had on the campaign, from back in January.


Invasion of New EdenInvasion of New Eden is the name given to a campaign pack that is going out to stores very soon.
It is a campaign set on the first planets of the UCM's reconquest to take back the planets held by the Scourge. These games are for organized play, set up for 8 person campaigns for any of the 5 factions.
Support is a poster to keep track of the battles and participants, along with metal pendants for each faction for the players. Going with metal pendants that are really nice, is more substantial than going with patches or certificates of some sort.
There is a lot of new artwork coming with these campaigns, with a new piece of artwork to match up with each of the scenarios. The areas of battle include, a flooded swamp ruined city, a run down Ice Base, a High Tech city still being used by the Scourge,  partially destroyed mining facility/city, and one with lava that flows like rivers through the battlefield. 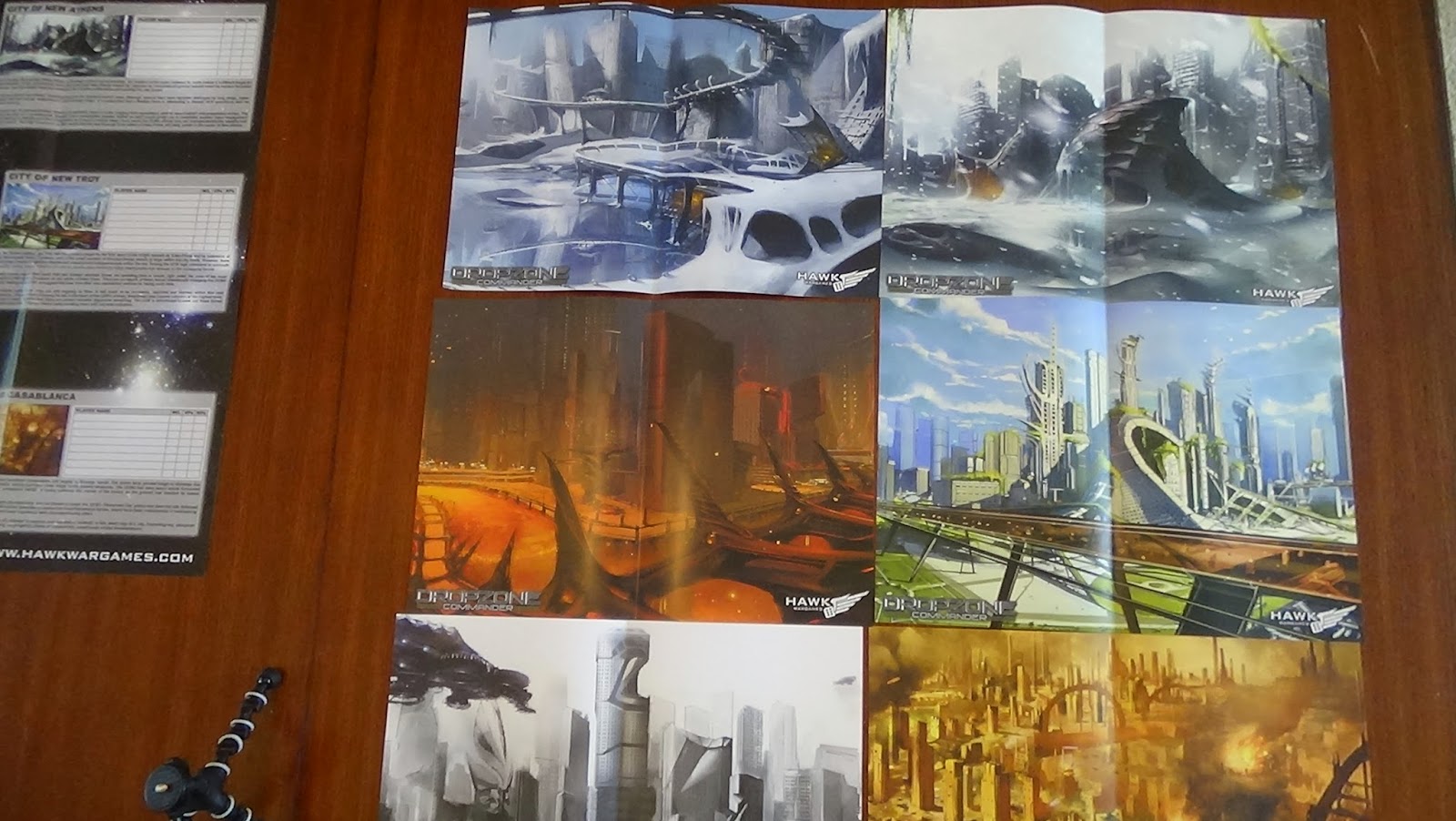 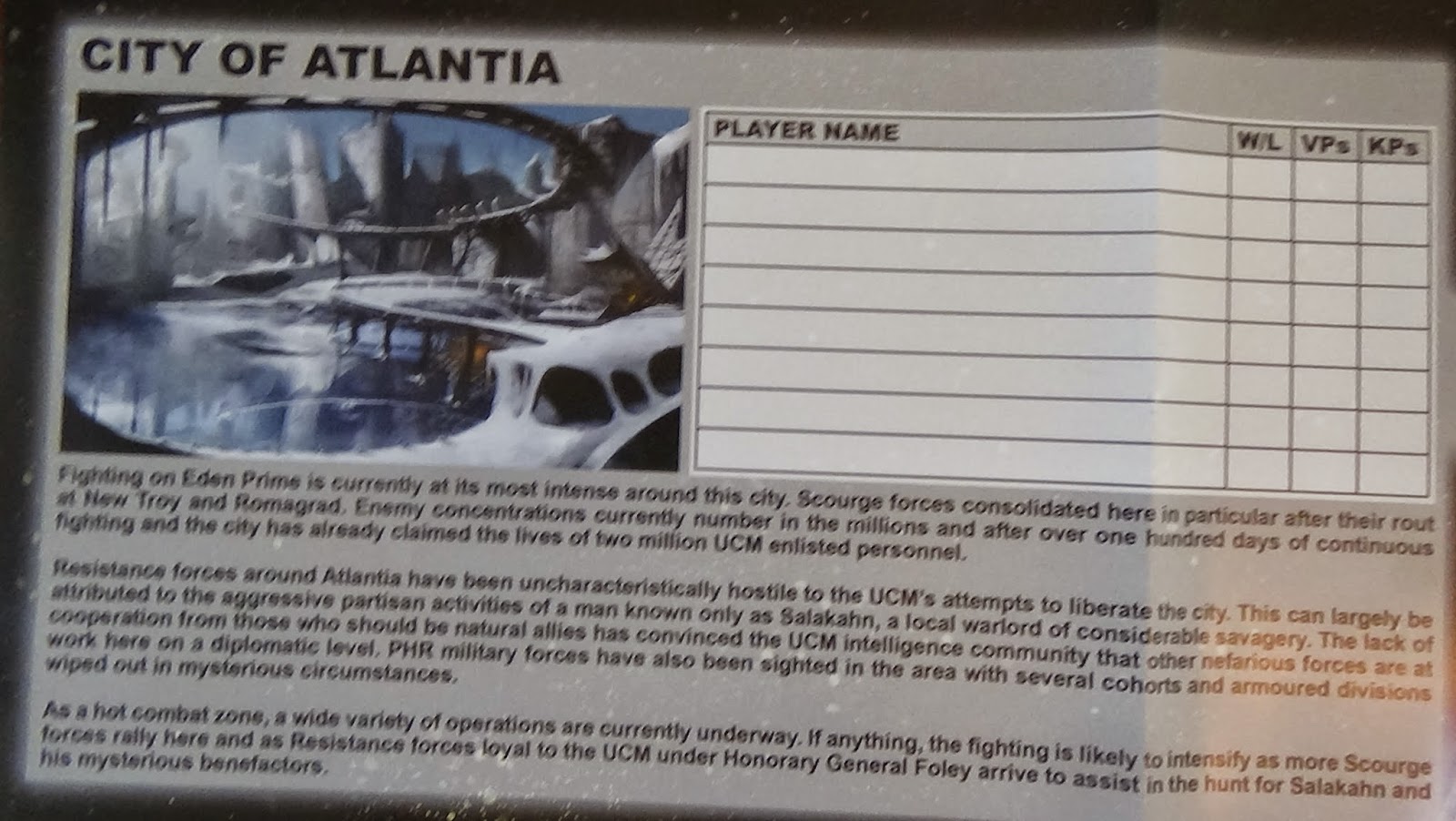 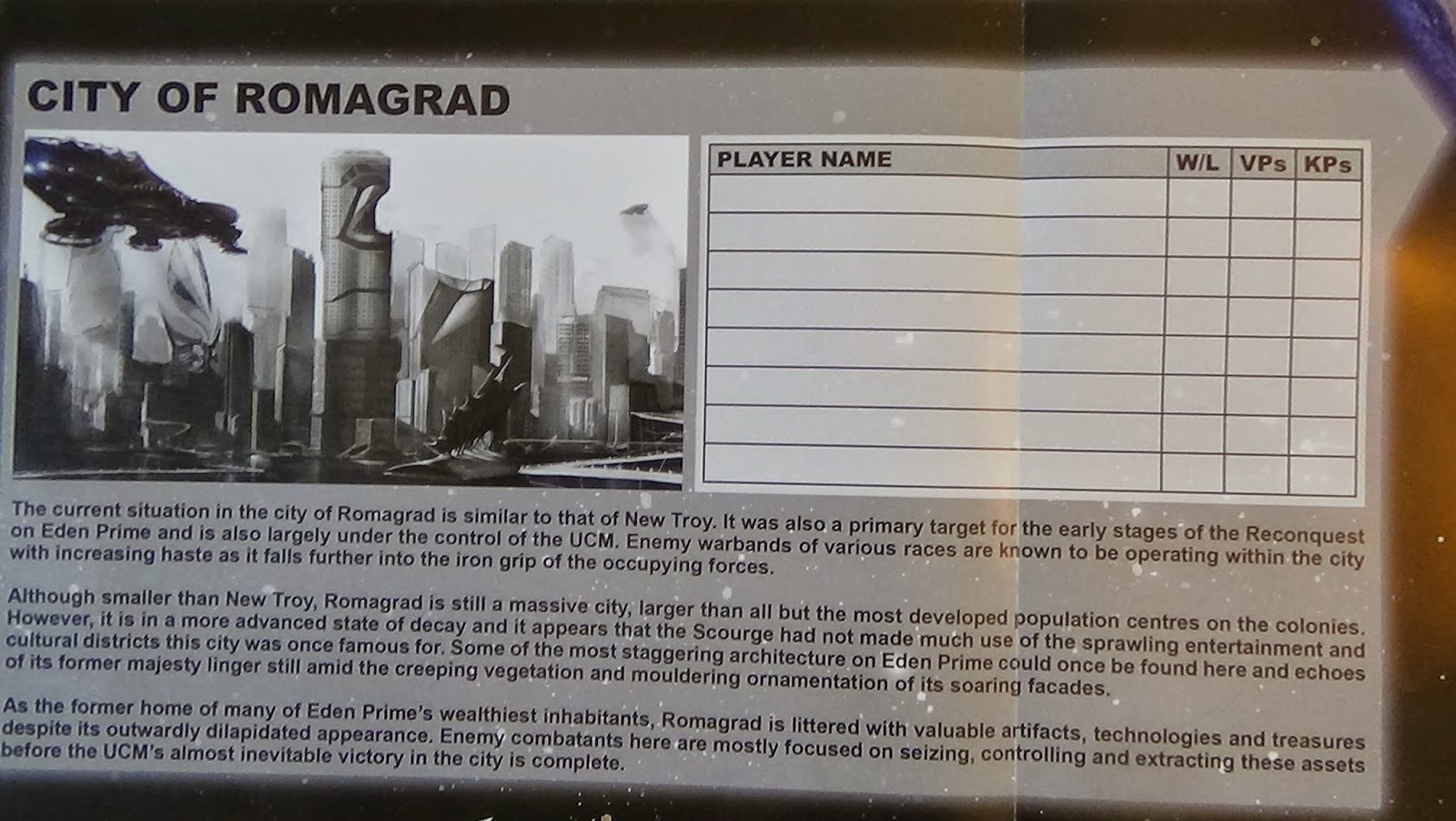 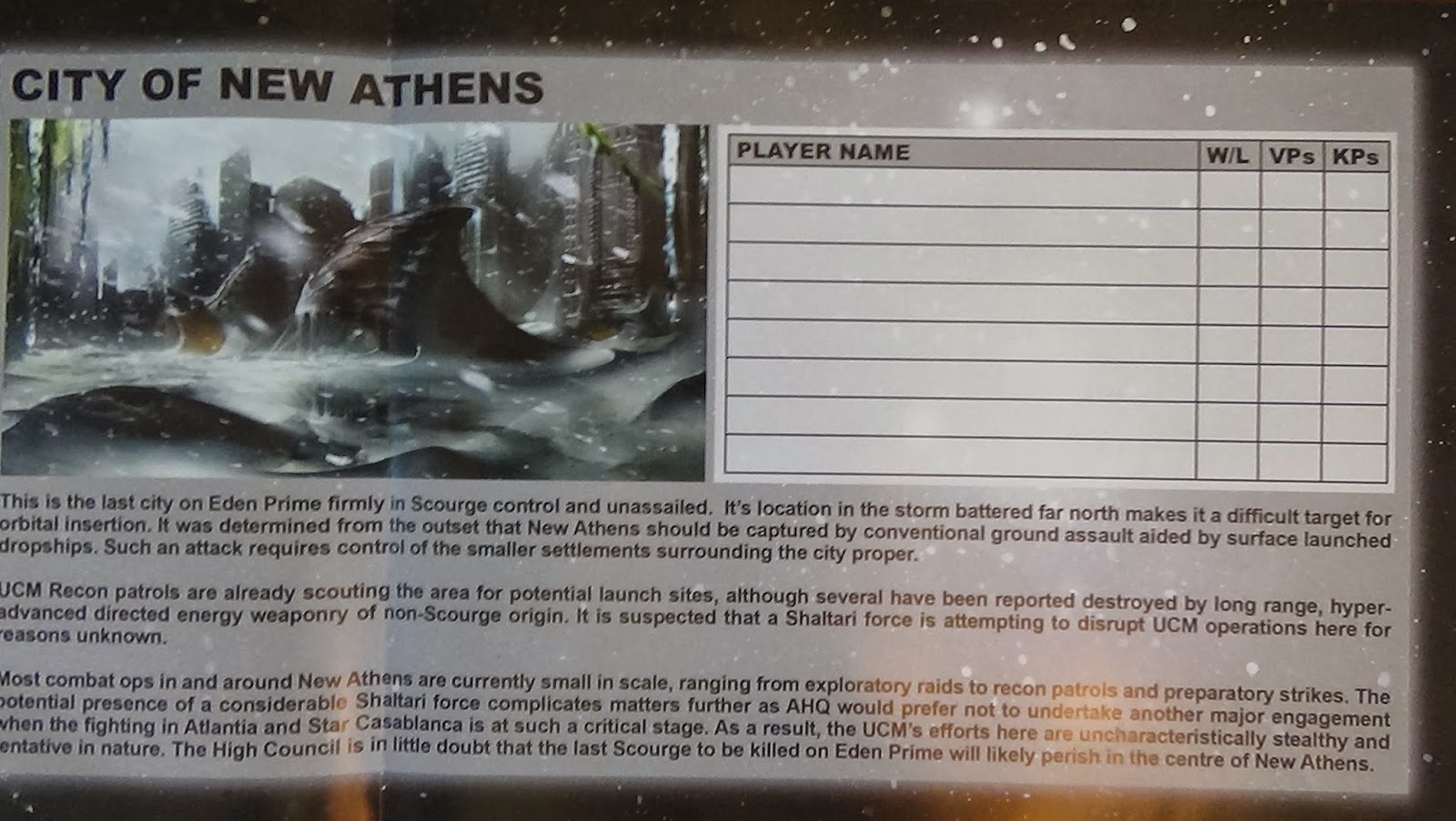 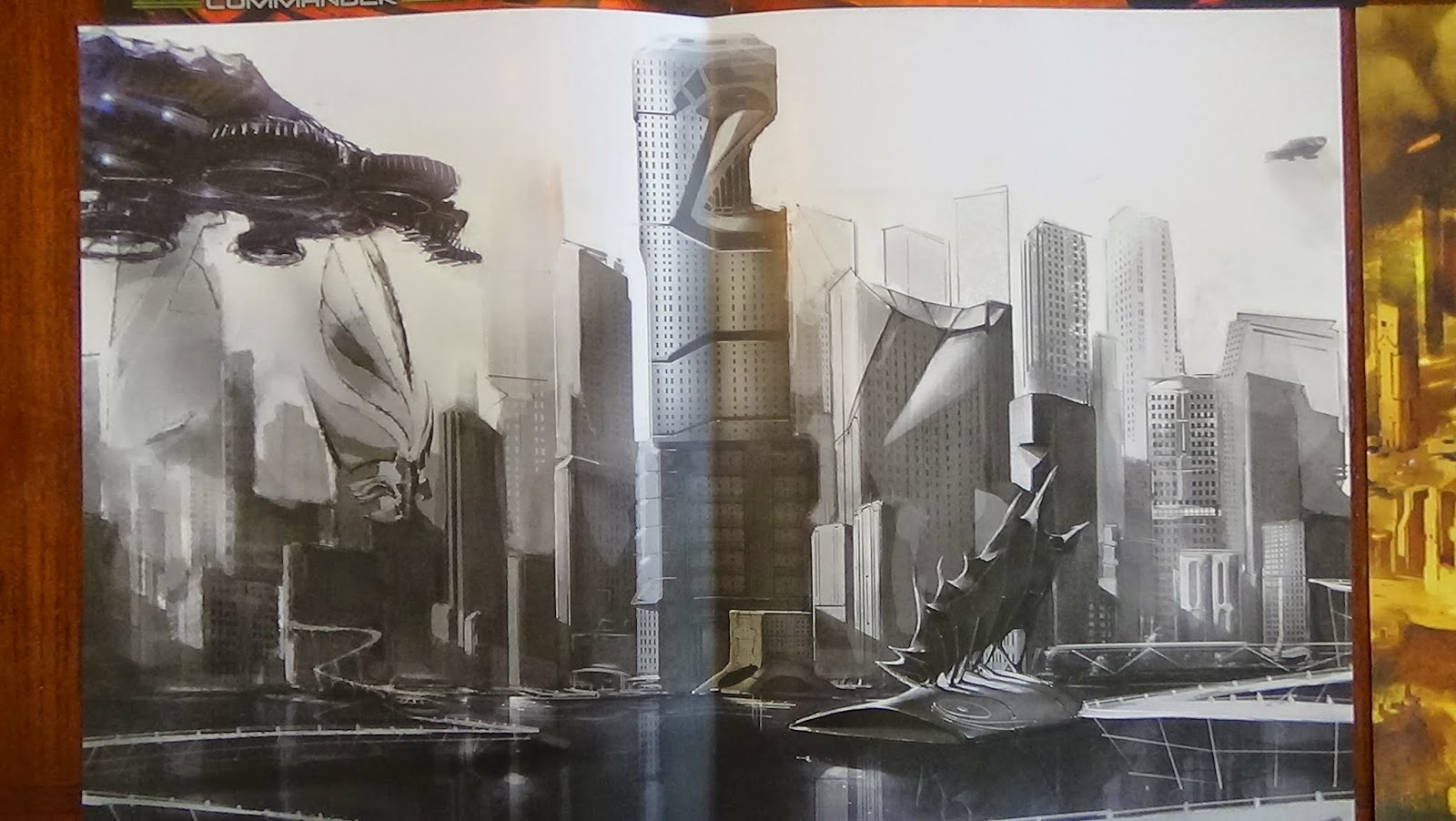 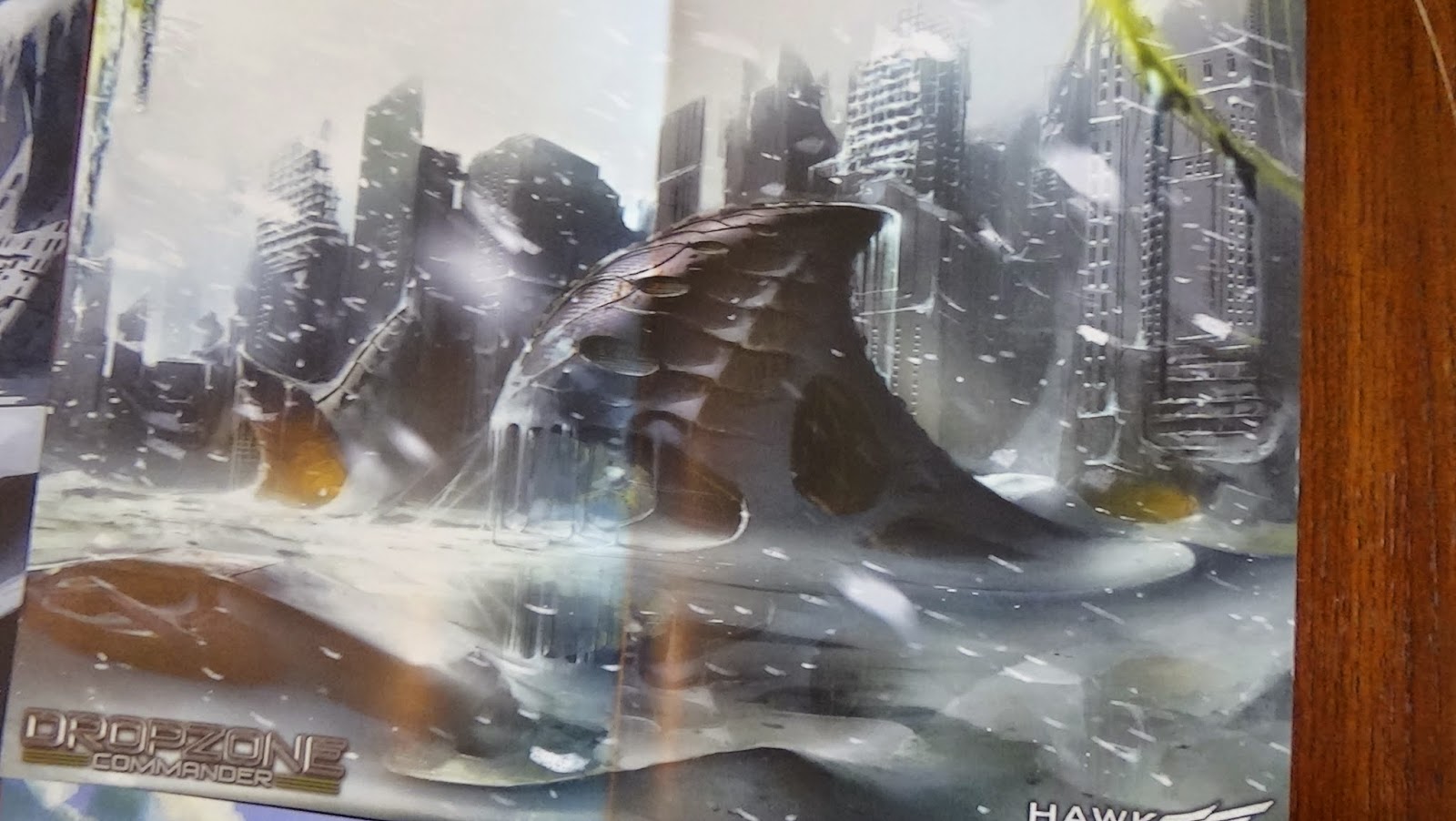