Future Plans and Releases for the Scourge 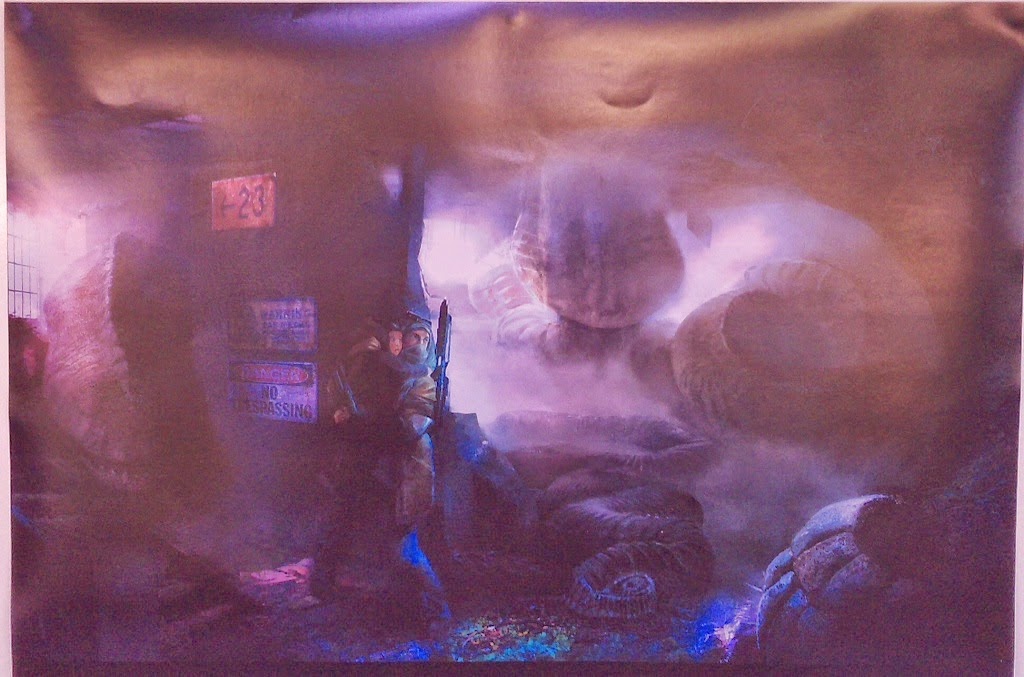 Razorworms getting additional means to deploy onto the battlefield.... awesome. Scourge Vampires with an E8 CC attack for AA. Awesome. These are a few of the tidbits that are wrapping up the Dropzone/ Dropfleet coverage from Salute 2015. There is so much coming from these guys... I can't wait.


via a reader here on Faeit 212 from Salute
Yo faeit, managed to get a long talk with the designer and have some tidbits for you...
The Screamers are going to work as the opposite of the mercury scout drones, debuffing the enemy's ability to find objectives. They will have a new version of the Intruder, the Intruder Gamma as a transport. In its current iteration is <100 p="" pts.="">
The Scourge Vampires work like flying prowlers, with E8 CC range shot that can be used on flying units.

He has confirmed he is working on a new deployment method for razorworms, either giving them the option of the new intruder gamma, or what he is currently liking the idea of, drop pods that would plop them straight into a building.

Also the next faction has been decided on, but wont be released until at least next year.
4/28/2015
Natfka
Dropzone Commander, Hawk Wargames, News Headlines