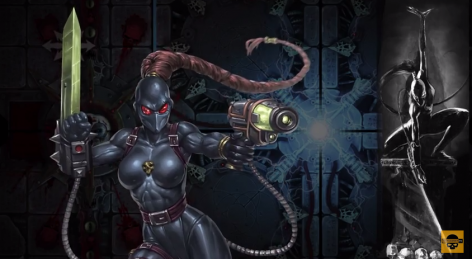 This week's board/tile game called Assassinorum: Execution Force is going up for pre-orders this weekend. We now have some new pics making their way around the internet that show the assassin models much better, and the board itself.


There is even more to see here, with leaked images from White Dwarf, the Assassinorium Box cover and more.
with a compilation of the release list etc.
http://millests.blogspot.co.uk/2015/04/more-pics-of-new-assassin-game-sneak.html

This Week's Releases
Assassinorum: Execution Force € 100
A Game of Infiltration and Assassination in the 41st Millennium