A Lord of War for Cult Mechanicus or Not 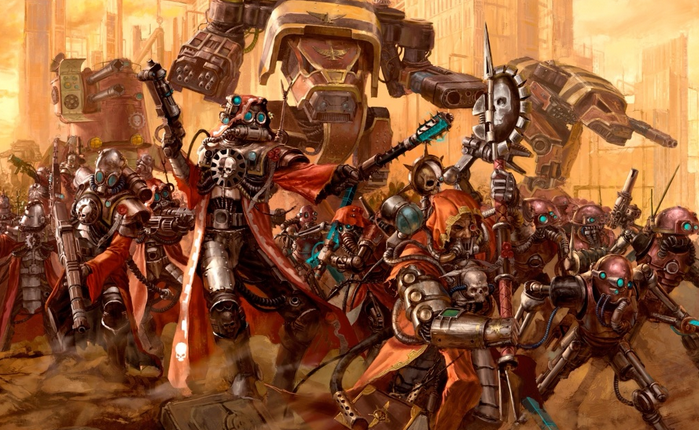 One source here is saying that he has seen no entry for the Knight Warden with the Cult Mechanicus. Of course time will tell.

via an anonymous source on Faeit 212
No, there is no low entry in the cult mechanicus dex, nor a formation or detachment that uses one. I know that contradicts what the poster says, so maybe there has been some last minute update. there should be something on it in the imperial knight dex. there is a battle congregation that makes up the cad for cult mechanicus, which includes up to 8 troops, 4 elites, 2 heavy 1 hq, and a fortification
4/30/2015
Natfka
40k, 7th Edition, Games Workshop, Gaming News, Rumors, Wargames, Warhammer 40k