Assassinorum: Execution Force and It's Models 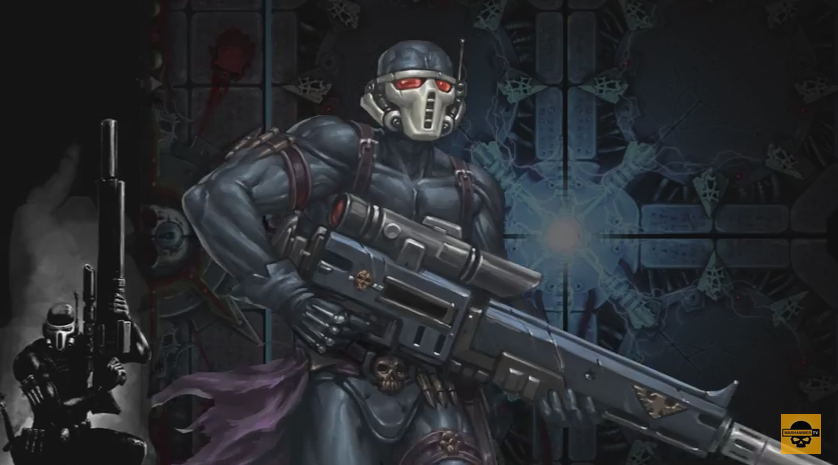 So what is the name of this new Assassin game, and what models will be coming with it? This morning we have some answers.


The name of the game is Assassinorum: Execution Force, and it comes with 4 new assassins, a Chaos Lord, 3 Chaos Marines, and 15 Cultist. Beyond this we know from the video that its a tile based game, which look fantastic if you watched the video for a glimpse of the new game.

Please remember that these are still rumors. Also I am sure we will start seeing some leaks come soon. Here is a link to the earlier article today where GW revealed its teaser trailer.
http://natfka.blogspot.com/2015/04/assassin-game-teaser-video-is-up.html

Full contents as per BrookM on Dakka:
A brand new co-operative game for one to four players who control four Imperial Assassins, as they attempt to assassinate a Chaos Sorcerer and end a dark ritual, which will destroy a star system.

It contains everything you need to play to defeat the Chaos Space Marines Sorcerer. The game comes with: