Altansar are the 5th Craftworld for Eternal Crusade 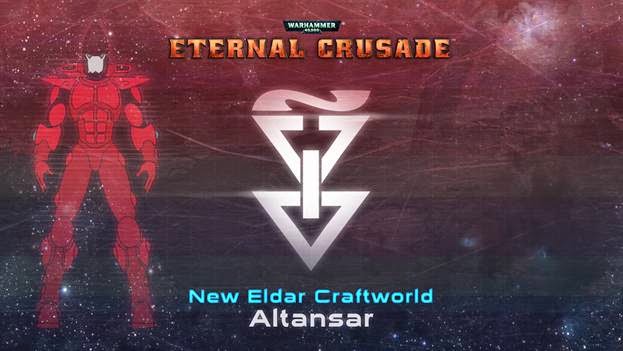 Today Eternal Crusade announced a new Eldar Craftworld that was based upon the communities voting and interest, and the winner was Altansar. I can't say that I am disappointed in Altansar, its a good choice. This takes Eldar up to 5 different craftworlds to be represented in the game.


There were also other announcements today, including the unveiling of the Ork Faction Leader, Skarblitz. Here is the official announcement today.

A bit of Altansar lore (as written on the Lexicanum):
Altansar was one of the many Craftworlds surviving the Fall of the Eldar race. It rode out the psychic shock waves that destroyed the Eldar empire but was subsequently caught in the gravity well of the Eye of Terror. Although the Eldar of Altansar struggled valiantly against the encroachment of Chaos, their doom was inevitable, and within five hundred years of the Fall, their Craftworld was swallowed into the warp. Among the entirety of Altansar's population, only the Phoenix Lord Maugan Ra escaped the Craftworld's consumption by Chaos.

Ten thousand years later, Abaddon the Despoiler emerged from the insane reality of the Eye of Terror, at the head of the Thirteenth Black Crusade. The Chaos Legions' intrusion into reality left a rift which bridged the material universe and the universe of the warp. Through this opening Maugan Ra counter-invaded the Eye to undertake a quest in search of the remains of his people. Leaving a silvered trail of soulfire behind him, Maugan Ra eventually found the remains of his Craftworld. He found that the Eldar of Altansar had survived ten thousand years within the Eye. Maugan Ra guided the remnants of his Craftworld out of the Eye and against Abaddon's forces to deny him ultimate victory. However, there was no welcome nor celebration from the other Craftworlds; Altansar is regarded with open suspicion and hostility. Its inhabitants are known to speak in whispers and to never remove their helmets, this which gives credence to the suspicions of other Eldar.

We’re incredibly happy that our fans have chosen Altansar as the fifth Craftworld for the Eldar, and even more pleased to see such a voracious response from our founders in the voting.  But we’re not done yet!
Also today, we’re unveiling the Ork Faction Leader, Skarblitz! And continuing in our pledge to allow our founders input on the game’s playable factions, today we’re unveiling the two Ork sub-factions up for voting in this round: the Blood Axes and the Snakebites!


For the next several weeks our Founders can discuss, argue, and fight over which sub-faction of the Orks should make it into the final game to fight in the name of Skarblitz.  For more information on either faction or our ork leader Skarblitz, please email us back at EternalCrusade.PR@bhvr.com and schedule an interview. We’d love to give you all some more background on the story of Arkhona and its warring factions. 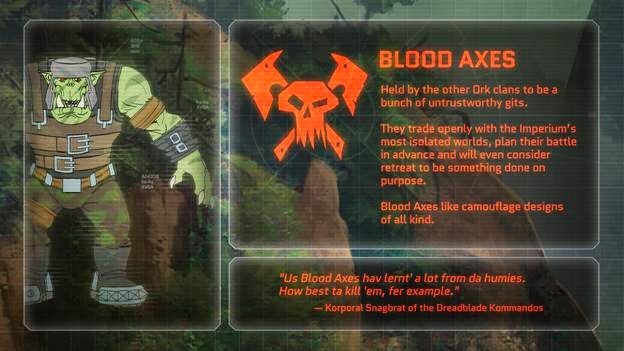 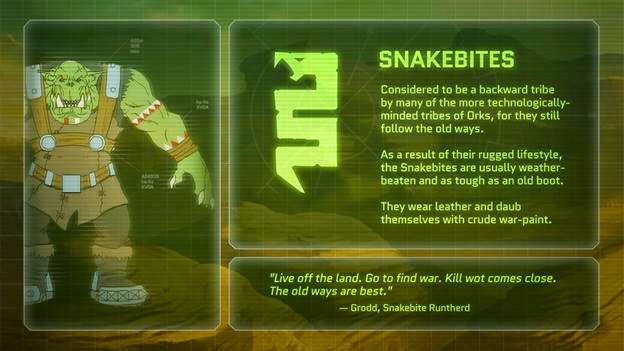 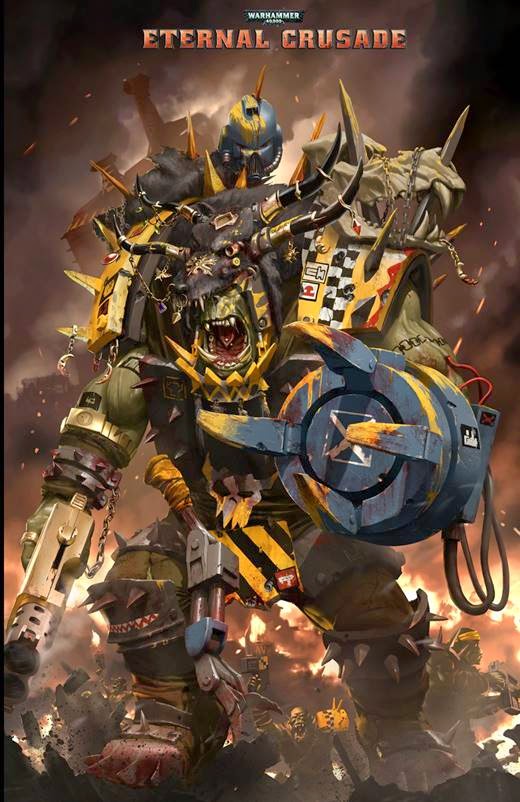 About the Eternal Crusade Founder’s Program:
Buying any Founder’s Pack is the same as Pre-Ordering the final game. Only with our Founder’s Packs, you’re getting a slew of additional benefits: from the ability to reserve character names now to exclusive cosmetic emblems and banners, and even thousands of points to spend in The Rogue Trader area. Additionally, each and every Founder’s Pack will have access to unique game modules before the full game launches, along with a host of other perks such as: