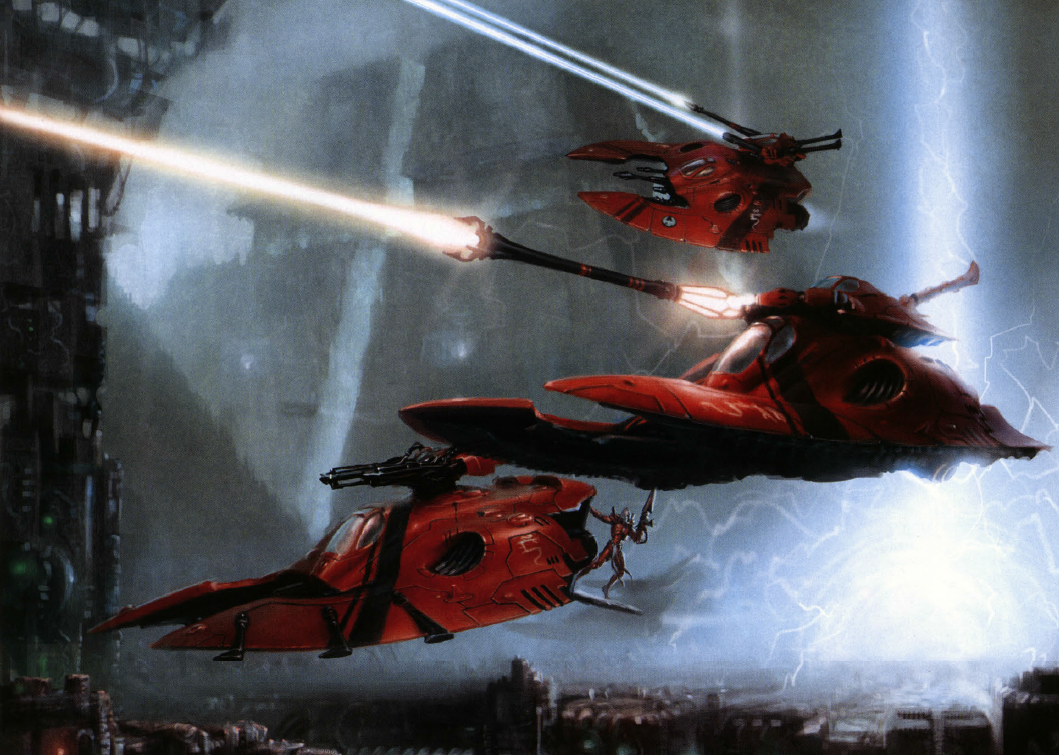 Eldar are here, and this morning Games Workshop gave us a teaser video before the crack of dawn (at least here it was still dark). Add to it that we were given some early insight to what the releases are, new information is always coming in. Now we have verified re-directs and more.


It often comes down to that we have some of the best readers here on this site that the community can offer. Information comes at us fast, and despite the occasional bickering readers here are very helpful when it comes to digging up information. So I want to thank everyone that participates, whether just visiting or adding to the conversation.

Here is a link to the earlier article revealing this week's Eldar Releases.... just in case you missed it.


via Atia on Bolter and Chainsword and the comment section here.
Sahra KaubaApril 13, 2015 at 6:29 AM
http://www.bolterandchainsword.com/topic/304671-rumours-eldar-codex-jetbikes-farseerautarch-skyrunner/page-6#entry4006835

this is spot on ;)
http://www.games-workshop.com/en-GB/eldar-farseer-skyrunner

we'll get an Autarch variant too =)

and we'll get an Autarch Skyrunner too

via Sersis from the comment section on Faeit 212
April 13, 2015 at 7:40 AM
The term Skyrunner was used in Eldar books before. For example in Path of Eldar trilogy. The characters of the books use them while traveling around the Craftworld. Here is an example:

"Korlandril took a skyrunner across the dome, delighting in the rush of air against his skin, the flash of terrace and tree beneath the one-pilot craft as it soared upon the winds, its wings angling and curving in tune with his thoughts...Powered by his psychic urging, the dart-like vehicle climbed rapidly, wings tilted back...In his mind his path sculpted a complex web of interleaving arcs and loops and the skyrunner responded, twirling and swooping at his whim.

Anticipation grew within Korlandril as he sped through the connecting hub between the Dome of New Suns and out into the Avenue of Starlight Secrets. Here there was more traffic. I was one of the main thoroughfares of Alaitoc where hundreds of Eldar moved between the many domes and plateaus that made up the bulk of the craftworld. Some strolled languidly by themselves or with friends, others on skyrunners like Korlandril, many on drifting platforms that eased serenely from one place to the next guided by the group desires of those on board."