Changes to the Avatar, and..... no Craftworld Specific Rules. 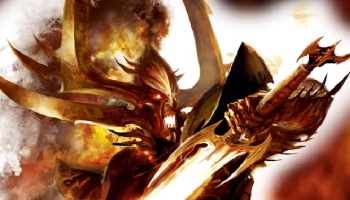 The Eldar codex information keeps on coming, including a minor correction on the previous bit from a trusted source here on Faeit 212. The most prominent bit of information in this next bit in my opinion, is that there is no Craftworld specific rules. This was something I know a lot of people were looking for, but alas its just not going to happen.


Here is the latest Eldar information.....
If you missed the previous article... its right here. http://natfka.blogspot.com/2015/04/codex-craftworld-info-is-breaking.html

via an anonymous source on Faeit 212
The last article said the avatar is the same except for Lord of War, but
there are some nice changes. Stats are the same but he now gives
Fearless, Furious Charge and rage to all within 12" INCLUDING the avatar
himself. Molten body is the same i think, unaffected by pyromancy,
flamer, melta, soul blaze weapons. Wailing doom shooting profile is the
same but close combat it now gives him +2S.

Also all Exarches now have 2 wounds. Practically everything except for
the guardians has had something changed.

Iyanden can still be used, as there are no Craftworld specific rules as we
expected given the name of the codex.