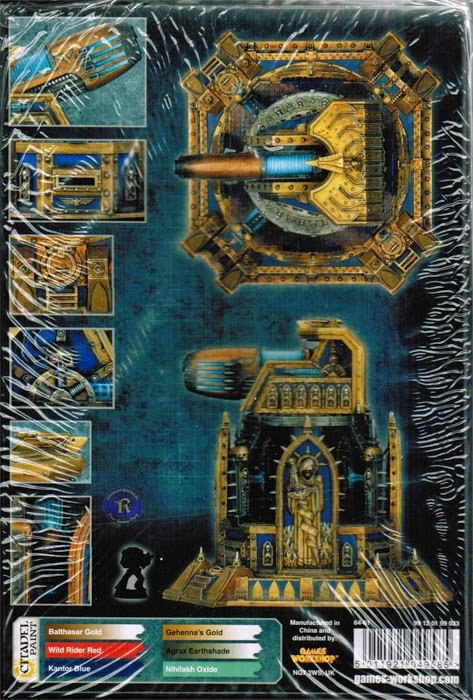 The Plasma Obliterator, a release filled with controversy and frustration. On its pre-order announcement in White Dwarf, the Plasma Generator was listed as a heavy support choice. Which was interesting, and in many ways I liked the idea of fortifications filling slots. What seemed to happen though, is that this was a misprint in White Dwarf. The rules are out now that came with the box set, and they clearly point out that its not a heavy support... and instead is a fortification slot.


The fact that this was a limited release brings back the sour memories of the Voidshield Generator, which still hangs heavy with many consumers in the this community. While a misprint like this would most likely be blown off as just a mistake, it compiles onto the problems of another fortification limited release.

Here is Lord Vulkan chiming in on the rules that came with the model.

via Lord Vulkan from the Faeit 212 inbox
I have the rules for the new fortifications in hand as I have bought a few each of the pipes and plasma towers for my apocalypse table. The data sheets in the white dwarf are simple misprints. Both of the new pieces of terrain are fortifications NOT heavy support. Games Workshop spaced and misprinted them with the wrong template header. It's happened before in the White dwarfs and will probably happen again. Keep calm and game on.