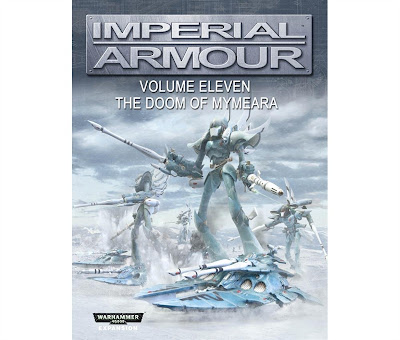 It seems that Imperial Armour 11 may be the next book to be released. Of course this would be an update, especially for all the Eldar in it.


Please remember that even though Aryllon has it in writing, nothing is official, its still considered to be a rumor. There are even a few people that have said Forgeworld has told them different.

I've been told by Forgeworld that the next IA book is coming out soon, and it will be the updated version of IA11 - Doom of Mymeara.
I have this in writing.

via SilentSnake
I contacted them last week in regards to buying this and the possibility of a second edition and was told any update would be done via PDF and a couple of months out. Therefore I bought the book along with a substantial order.
7/19/2013
Natfka
40k, 6th Edition, Forgeworld, Warhammer 40k