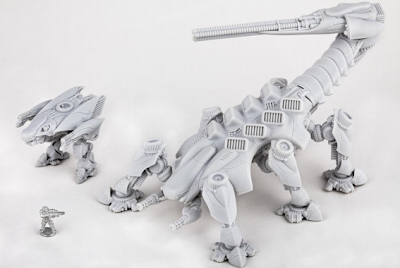 People who read this blog, will know that Dropzone Commander is one of my favorite games. The rules are beautifully written, clean, precise, and the models are amazing. The latest upcoming release for Dropzone Commander is the PHR Hades class- Super-Heavy Walker. I recall David mentioning big models were on the way when I last spoke to him, but whoa, he was serious.


So how does one transport such a big model onto the battlefield? Well, this thing fits under a Poseidon Heavy Dropship. Yes, the back tail can fold, allowing this this model to fit under the ship. Check this out.... 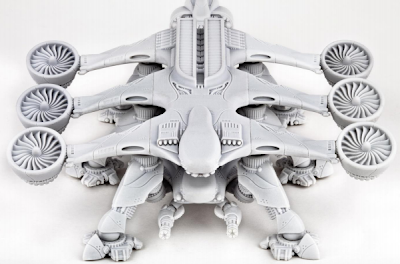 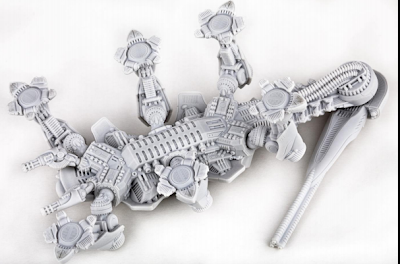 via Hawkwargames
The Type-4 chassis Hades Super Heavy Walker is one of the largest frontline ground units yet encountered by the forces of the Reconquest. It is an armoured behemoth of staggering proportions, a pillar of strength and fighting prowess around which the centre of a PHR battlefront can be built. It is armed primarily with a tail mounted Super-Heavy Rail Repeater, a weapon of epic scale, awesome power and fearsome rate of fire. 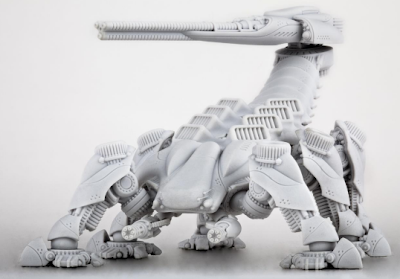 Like normal for Dropzone Commander, the rules and model will be available soon. The rules will be ready and posted online. (I know some serious people that will be dying to get this model as soon as it hits).

This is the first of four models that just arrived at their studios ready to go. Get ready, there are three more soon to be ready to hit the field.

For those of you just getting into this game, or want to know more about it, here are a couple videos about the game and the models.