Codex Supplements: Farsight Enclave and Beyond 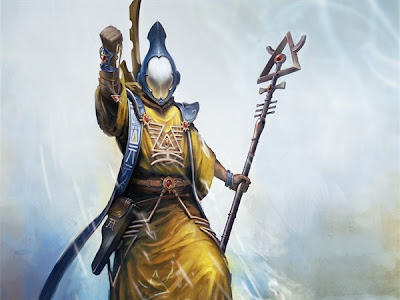 Codex Supplements have overall been viewed with great anticipation, and it seems everyone in the community is just itching to hear if and when their army will be getting a codex supplement. This Saturday the Farsight Codex Supplement goes live digitally, and will give some greater insight to how these supplements are going to be in the future.


This discussion goes into some of the thinking behind Iyanden, the new Farsight Enclaves, and shows us that more rules changes will be featured in future releases.

Personally owning the Iyanden hardback, I am really enjoy the new supplements, and I have read the book start to finish twice. These supplements are so rich in background, that they just entrench the reader into the 40k universe. For me, that is everything, as I when I hit the table, I want to be able to envision the battles, no matter what my tabletop outcome is.

So those of you that are excited for supplements, but also are looking for more rules and hobby material, the future is not that grim.

Please remember that there is nothing official here. These are behind the scenes discussions, and therefore must be considered rumors.

They're being released not just to match their parent dex, but also to gradually introduce the concept of supplements and is being closely monitored.

Currently, they're selling very well. but the vocal minority cries and complains about them, so there's been discussions and considerations about how to go ahead.  These nay-sayers seem to have this idea that rules are intentionally left out of the main book, so as to sell a supplement later, which is not the case.  They are done by a separate team who takes the intended stand alone codex and make a series of changes that identify an army in a particular (different) fashion.  Anyone who has read the Iyanden book, would see how much hobby-oriented information goes into the fluff, etc to flesh out a particular faction so much more than a paragraph or half-page could do in a codex.

Supplements are currently being released "in order" of few rules to most rules changes.  Iyanden had hardly any, Farsight Enclave has more, and so on.  If a sourcebook has too many rules, then GW can rope it back. Rather than run this living experiment with books that need lots of rules, but offering only few so that it fits the model, GW picked the races that needed very few rules to start with and are working their way up (hence Black Legion and not say, Night Lords).
7/15/2013
Natfka
40k, 6th Edition, News Headlines, Rumors, Warhammer 40k