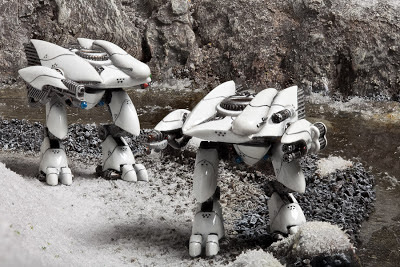 Dropzone Commander is a 10mm tabletop wargame, that is literally rising to the top. It is simply that good. I was asked about doing to a post on the different factions of the game, I thought I would do a brief overview of each one.


The are currently 4 factions in Dropzone Commander, and a 5th one is currently being developed. (rumors). Each one plays drastically different, and has its own strengths and weaknesses. So lets start with the most familiar. 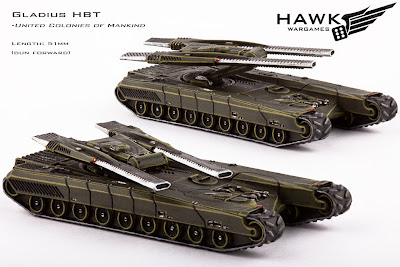 UCM-The United Colonies of Mankind.
This is humanity in the 27th century. After being wiped out and losing Earth and its core planets to an alien invader, mankind lives on the fringe worlds of its once spanning worlds. The UCM has become a massive military construct unheard of in the history of our species, and is on the eve of launching its planet by planet invasion to take back its worlds.

The UCM is the most tactically variable faction. With decent movement, a wide variety of units, and ranges with its weaponry, the UCM are able to handle most tactical situations and respond in force. Their armour is strong, so they are able to take a beating and keep on fighting. Between their gunships, fast moving scout vehicles, and tanks, the UCM is a good choice on the tabletop. 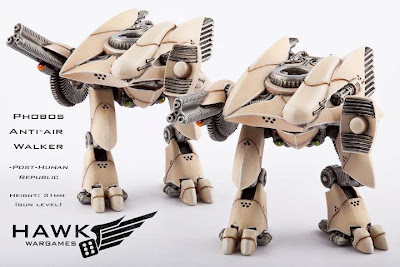 PHR- Post Human Republic
These are the humans that broke away on the verge of the alien invasion. A brief civil war on the eve of that invasion, resulted in a damaged military before the Scourge hit the core worlds, and the UCM will never forgive.

The PHR have some of the strongest guns, and have a great range with their weapons. The PHR are cyborgs, with advanced technology. Their strongest of units even have armour that will allow them to take hits that would destroy them and recieve a save.What they lack in is mobility. Once deployed, to really get any movement out of them, the dropships must be utilized to get somewhere. If you like to castle up with even stronger armour than the UCM, with stronger weaponry with great ranges, then this faction is for you. Also their fast moving aircraft are some of the most powerful in the game. 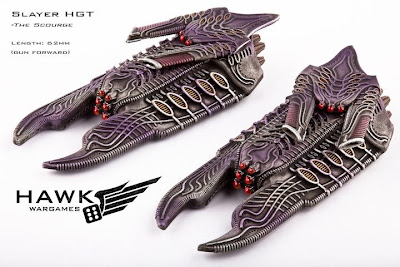 The Scourge
Alien invaders, these guys are jellyfish like parasites, that require a host. They came in and wiped out the core planets of mankind quickly. Their tanks are large skimmers, that move fast on the tabletop, and hit with an incredible punch, although their ranges are very short in comparison to the UCM or PHR. While they have very little armour, they rely upon their speed and firepower, and I must say, the plasma weaponry of their infantry. There is nothing like having to deal with a scourge building that has been taken as an infantry firebase. 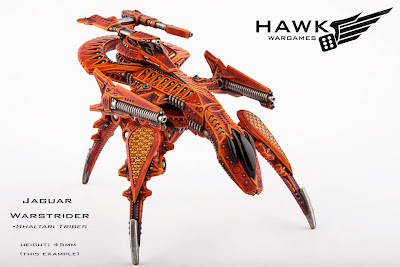 Shaltari Tribes
The faction that I know the least about, (I have not faced this unit yet). They are the aliens that humanity met first in their expansion into space. They are able to transfer from body to body, so while their numbers might be less than the other factions, they have powerful shields on their vehicles to protect them.

These guys do not use dropships, and instead travel through mobile gates for deployment. Because of this, they can be the most non-predictable army on the field, and tactically possibly one of the strongest. They come with large walkers and great aircraft.
7/25/2013
Natfka
Dropzone Commander