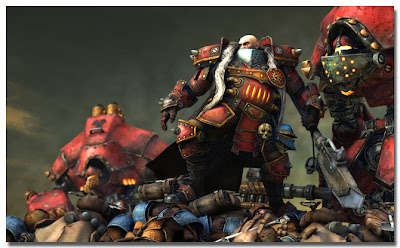 Introducing Warmachine Tactics from Privateer Press Tactics. A turn based computer game that looks sure to please Warmachine fans everywhere. Today they launched their kickstarter, and wow, has it made money. With a goal of $500k, they thus far have raised over $340k and are over halfway to their goal.


Here is the link to their kickstarter.
http://www.kickstarter.com/projects/409030043/warmachine-tactics

via Privateer Press
Imagine wading into battle with a squad of skilled warriors at your command, a cadre of ten-ton robots that obey your every thought, and the power of a thunderstorm in the palm of your hand.

That’s what we want you to experience in WARMACHINE: Tactics, the turn-based tactics game that, with your help, will bring the award-winning WARMACHINE miniatures game from the tabletop to your desktop PC or Mac.