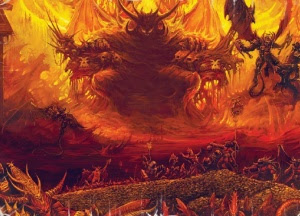 If you did not order and get the Collectors Edition Apocalypse set, then like everyone else, you only got one Warzone expansion with your book. Now that the collectors edition is sold out, access to Warzone Pandorax is rather limited to those that already got them. While I am not sure if there will a future release of the Warzone, someone was nice enough to send us a list of the formations that were included in it.


I do not know what is in these formations, but I am sure there will be access to it at some later point. A huge thanks for sending this in to us.