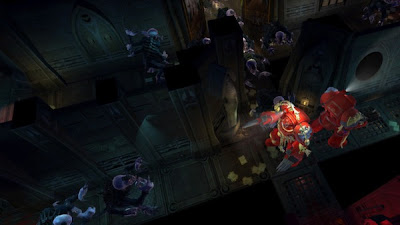 Both a single and multi-player game, Space Hulk is a 3D turn based strategy game that will be released across multiple platforms in 2 short weeks. August 15th is the release date, and its available for pre-order now.

Key Features:
The first Space Hulk computer game in 17 years! Available on multiple platforms.
Set in the hugely popular Warhammer 40,000 universe! Official license of the legendary boardgame from Games Workshop.
Turn-based tactical strategy game! Based on the popular and iconic board game mechanics.
Blood Angel Terminators! Fight the ferocious Genestealers with heroes of the mighty Blood Angels.
Fearsome Genestealers with challenging AI! Meet unforgiving hordes of Genestealers!
Thematic 3D environment! Experience the dark labyrinth of a Space Hulk as never before..
Single player campaign based on the "Sin of Damnation" space hulk! Take on the Sin of Damnation campaign, which includes 3 brand new prequel missions and the 12 missions from the classic board game.
Multiplayer head-to-head recreating the board game experience against a friend! Get in the hot seat and battle it out with a friend.
Cross platform multiplayer between Windows PC, Mac and iOS! Play asynchronous against friends and foes on multiple platforms. 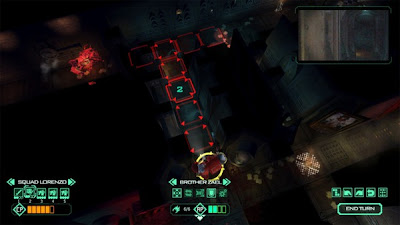 via Games Workshop
"If fighting in claustrophobic corridors against a terrifying alien menace is your cup of tea then today is going to be a very good day for you because the Space Hulk computer game is now available to pre-order for your PC via Steam.

The game's developers at Full Control have been working tirelessly to bring this stunning game to life, the result being an accurate recreation of the Space Hulk board game. Every minute detail has been faithfully recreated, from the pipes and vents on the walls, to the icons and purity seals hanging from the character's armour, to the alien Genestealers.

There are two cool bonuses if you pre-order the game too - a relic banner pole and a Hive Fleet Kraken Genestealer skin, both of which you can see above. The game is scheduled for release on August 15th, so you don't have long to wait before you can start blasting chunks of Genestealer up the walls (or tear open Terminators if you prefer to play as the xenos scum), and it features both single-player and multi-player modes."
7/27/2013
Natfka
News Headlines