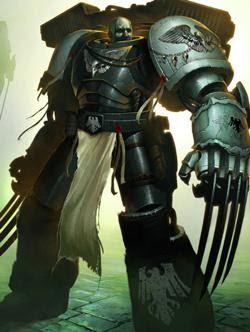 The Space Marine codex is still thought to be the next codex coming, and it will be here very soon. In the same month as we get the codex, the White Scars are rumored to get their codex supplement. So what then? Well, an excellent source is chiming in to show us the future of the Space Marines, and wow is it going to be huge.


Below our source is talking about points we have been discussing this weekend, with releases being timed with adversarial releases, like Tyranids alongside an Ultramarine supplement. This is something I truly look forward to, and for me especially, pushes my excitement for how well GW is stepping up their game.

Please remember that these are rumors. This is also only the Space Marine part of the conversation, and I will release a second part here soon, which involves the Farsight Enclave and how supplements are being worked on, once I make sure I have the information correct. (just asking for a small clarification so I am not getting it wrong)

via an anonymous (and solid) source on Faeit 212
As currently planned, the Ravenguard supplement will be after the 6th edition space marine book (which will be soon) and will coincide with forgeworld's HH Book 3, Massacre pt 2.

The Space Marine chapter supplements will offer a fair amount of divergence (much more than Iyanden), while still staying true to the space marine core book.

In the coming months though we are going to be smothered (pleasantly) in space marine goodies, with every other or every third month releasing a space marine supplement, after the main book comes out.

These releases will be paired with alongside a Xenos they were famous for fighting.
i.e. Tyranids book month A, Ultramarine Supplement month B.  Ork codex month C, Crimson Fist supplement month D, etc. (this is not an accurate release schedule, just to illustrate my point)

This will let GW belt out the non SM codexes, without harming their SM backbone.

This concept, which is one that is well known inside GW (Xeno followed by SM Supplement), lends a little bit of legitimacy to your rumor about Orks followed by BTs.  But with BT not being a Supplement and instead getting their own book, it somewhat breaks the mold.