Space Marines: Where are the Rumors? 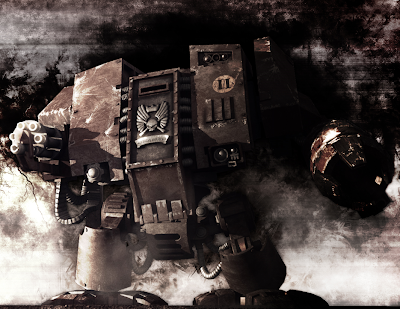 Space Marines will be one of, and probably the largest release of the year. After all they its Space Marines. For such a important release, we know so very little. We know its coming soon, probably September, with a White Scars supplement that very same month.

Here is some newer information regarding Space Marines. Are we going to be seeing these larger models? And what else?

via Larry Vela on the Bols
Regarding the "larger terminators" - these models are described as being similar in aesthetic to the curving shapes of both the Contemptor and Tau Stealth suits. Bigger than current Terminators - but smaller than a Dreadnought.

Regarding the "big kit" - this model has been described as being the "lovechild of an existing Dreadnought, and a Contemptor - but ENORMOUS.  It has also been described as a "Knight" with the following old EPIC images hinted at: 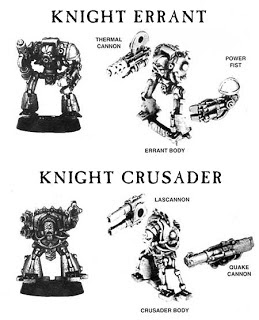