Presence of Faeit: Eldar, Game Supplements and Their Message 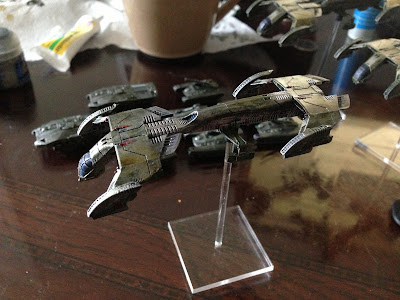 Sitting in front of me right now on my desk, are a ton of projects. Dropzone Commander models are getting painted, the Bushido rulebook is being delved into, my latest Dark Eldar/ Eldar list is almost complete, and finally a new secret project I am working on is getting its first outline. My desk is overflowing.

My Dark Eldar with Eldar Allies
I have been working very hard on how to ally up my Eldar with my Dark Eldar, and its while its taken a long time, I am finally very happy with how its turning out. While I wont go into the details of the list, because if you are a follower of the Faeit 212 youtube channel, there is already enough information on my thoughts there.

Some of the basics really dig into how I believe Dark Eldar work, because I think they are they key to unlocking the potential of the two armies. Especially with the current armies out there that I have seen, Dark Eldar throw a hard counter that is needed when playing at a tournament point level (smaller games). While eldar provide that solid game play that balance out the list, yet maintain the extreme lethality of the list allowing to blend into the Dark Eldar style of play.

Supplements and Their Message
It seems Games Workshop has a new model for selling books and new armies. Game supplements. Now that codex supplements are out of the bag, and everyone wants one, Apocalypse, which is a game supplement itself, will be receiving something called Warzones. Warzones will throw us into famous campaigns and bring us more of everything, formations, assets etc.

So this new business model which is just now be revealed to us, is a continuing line of support products for just about everyone. So we can look forward to Chaos Space Marine codex supplements, or any other codex you play. This kind of continuous support is a message that Games Workshop will not just publish your codex and forget about your army for the next so many years. Instead you will get codex supplements, possibly new models on occasion, and more.

With both codices and apocalypse getting continuous support, I can see the lifespan of a codex lasting much longer than they would normally. Only the most cynical look at this as simply a cash grab, since this is what much of the hobby has been asking of GW for a long time.


Dropzone Commander
I am pushing through painting my UCM and hoping to start up my Scourge later this week. Of course more dropzone commander models are on my plate as well, right after the apocalypse release is past.

Dropzone is a just a ton of fun, and I am apparently being scheduled in with 4 new players to demo the game here soon. Hopefully I can get that in this week or the next.

Dropzone Commander is just one of those games that I really like, so bear with me if I talk about it a lot. Great models, fun game, and of course this video shows off the quality involved. I had a ton of fun with this video earlier in the week, even though it was a little hair raising.

In case you missed it.


Helldorado
Earlier in the week, I was able to get in a game with Cipher Studio's, Justin down at Red Castle Games. Everytime I have played this game, the game has come down to the final round or last man standing or last round of play, and this was no different. In fact, in the last round of play, if I had simply used the other power on my Succubus I would won the game. Experience always comes in handy, but the game was a blast.

Secret Project
Titled The Genesis Project at the moment, is a side project that will later be featured on the site. Its so early in it, that I though I would mention it here today as kind of a marker for its origin date. More to come.

The Comment Sections on Faeit 212
I have noticed a continuous degradation of the comment section here on Faeit 212. I am going to be going through this again, and it seems I have to every so many months, of deleting personal attacks or derogatory comments. While I enjoy the community we have here, once again some of it has delved into personal insults and drama.

So please please, lets keep things on the positive side. No personal attacks or comments to our community here. Time spent having to moderate comments is time lost for future posts and research.

I greatly dislike having to delete a well thought out comment that has one sentence of derogatory and personal insults attached to it. So please just don't do it.