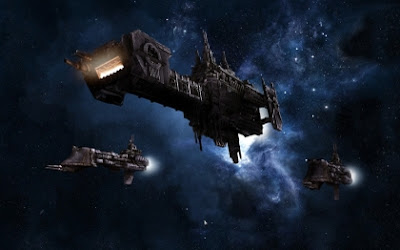 In a tranquil sea admist the all encompassing storm of the etherium, the Inquisitor took a deep breath. Moments of clarity were rare when divining the fates, and it is in these times, that the truth becomes undeniable. Purpose and resolve are garnered, and the direction we must take becomes apparent. We must push on to the brink of our end, for only there can salvation exist. 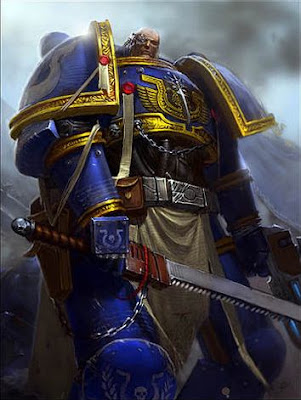 Release Schedule
What is the next big thing? Well the rumor mill was dabbling into the release schedule again. Space Marines are still said to be either September or October, and of course 2 space marine supplements are said to be in the mix. Beerbeard takes it all on with a conversation with someone that works for GW 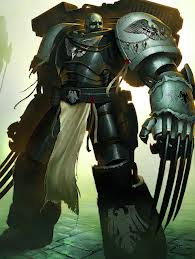 Codex Supplements
Ravenguard
While not really a rumor, there is a little bit of talk that Ravenguard may indeed be one of the next supplements, perhaps the second space marine codex supplement. This is based off of missing models at Warhammer World, so it really does not yet fall into the rumor category, but this would be a great release.

via Calistarius on Faeit 212
The other absent force is Ravenguard. They don't have a sign explaining their disappearance but
I've noticed a few Ravenguard fans frequenting the forums so fingers
crossed for a supplement.

Catachan
This one seems a rather obvious supplement, but I am indeed glad that Catachans will be seeing the light of day (according to rumors). Since an Imperial Guard codex is rumored to follow the Tyrnanid one, fighting on the death worlds Catachan against the Tyranids just seems like the iconic thing to do.

via Bigred in the Bols Lounge
Word on the grapevine says Catachan supplement book for IG, possibly others later. 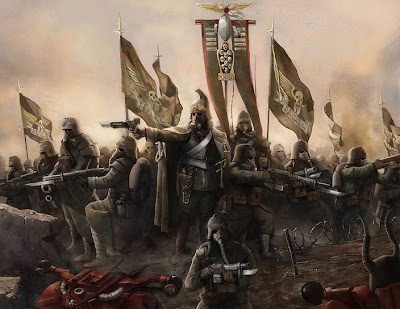 500 years of Atomic Cleansing
Earlier in the week we hard this rumor, and while the mythical plastic Thunderhawk often appears  when we least expect it, it is not something we are likely to ever get.

In regards to the Death Corps of Krieg, this rumor only mentions them being part of the new Imperial Guard codex. I would not expect new plastics or the like, but instead to be integrated beyond a mere passing paragraph into the background and story of the Imperial Guard codex.

via an anonymous source on Faeit 212
&*(&^ said he's seen the plastic thunderhawk in the flesh AMD said it may breach the £100 barrier maybe 120-140. He also mentioned kreig may be getting folded into the 40k IG book. 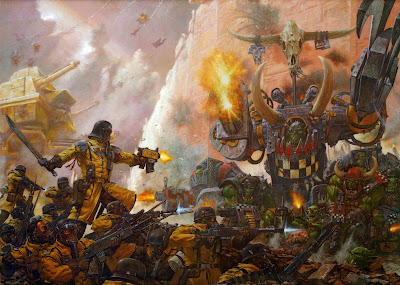 Apocalypse
A lot is going on with Apocalypse, and while we are past the rumor stage, I thought it was viable enough to put in a link to the latest and greatest information. These are not rumors.....
http://natfka.blogspot.com/2013/07/apocalypse-contents-latest-on-what-we.html

Warzone Supplements for Apocalypse
These are also not rumors, since the information that was gathered is indeed fact. More Warzones are inbound in the coming months, while Armageddon is included in the main rulebook. These new Warzone Supplements will bring about new formations, scenarios, and assets. Which one is next? Hopefully we hear more in the coming days 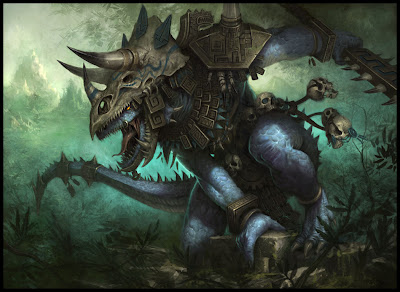 In the meantime we have a small bit about lizardmen, and of course some rumors on Dark Elves that seems to be a bit thin. So take the Dark Elves bits with a lot of extra salt right now, until more information comes along.

Lizardmen
via scoutbike  on Warseer
Poss further evidence of new terradons is when I just phoned up mail order HQ and asked to preorder the new terradons.

I must have had some effect as the response wasnt "what new terradons?", but instead "let me just go and check with one of my colleagues". But then when they came back on the phone, I got a very blank "check the website for details of new releases".

Dark Elves
via Zeipherer on Warseer
Dark Elves are due in October 2013, it is said be a complete new book and not just a wave
New elite infantry kit, possibly witch elves, executioners or black guards.
(If new witch elves, there will most definitely be a new Cauldron of Blood piece)

Rumors I've heard:
New large monster type, probably 150x100 base type. Though could be anything, a kit of options to build a hydra, manticore or other monster types.
Plastic harpy kit with two options, neither of which have been specified except it is harpy related.

via Valkyrie Sky
Sure I can contribute, Exexutioner and Black Guard share same kit, with black guards having alternate caped back piece, head, and halberd.
The weapons are almost interchangeable without any work done no matter what torso you use for the body yes even if 2 handed.

My speculation is there will be no new manticore as chaos already received a new plastic one during storm of chaos.

Lastly regarding Cauldron of Blood. It is a hybrid kit with old witch Elf element for 1 build. While the new variation is like Empire War Altar.
It has a special aura similar to EOTG called ??? blades that is like a whirl wind of magic blades that damage surrounding enemies emitted by khain's hatred.

Via Larry Vela on Bols Lounge
Look for many new Dark Elf models on launch, focusing on those "that needed it" *hint, hint*

And I saved the best for last:
Morathi

GW prioritizes metal ugly models for updates before ugly plastic ones, so the talk of new Executioners/Black Guard and Witches would make sense.

Specialists Games and Fantasy Flight Games
In the far back alleys of the rumor mill, there has been talk that Games Workshop Specialists Games, like Necromunda, Battlefleet Gothic, and more, will be taken up by Fantasy Flight Games. Now this is just far out rumors, since there are no real sources out there saying this is going to happen. Its just backroom chatter on several far out boards.

Now the source of this below, says that this is a done deal, and while it could very well be, I've spent a long time looking for more direct and solid information on this without any luck. Still the rumor persists.

via an anonymous source on Faeit 212
it has been revealed to be sale of gw specialist games to none other than fantasy flight! Huzzah! There's a website to confirm this but I can't remember what its called. (it's the website of the body you have to declare big sales like this too since gw are a plc maybe ask the community if they know?)
7/07/2013
Natfka
Dark Elves, Faeit's Rumor Tarot, Imperial Guard, Lizardmen, Rumors, Space Marines, Warhammer Fantasy