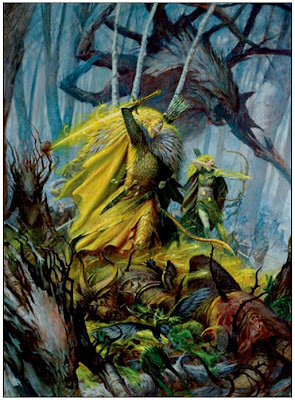 Whispers of Wood Elves are coming, and with it, saying that they very well could be added to our release list for Warhammer Fantasy. After all I know that Wood Elves are one of those armies that really could use an update, and are an army that I myself am interested in.

via Stickmonkey on Bols Lounge
Wood Elves have a massive update coming. And they will be fine in the current and next edition with it.
I expect them late spring 2014.

Some of what Ive heard is:
Still a major guerrilla tactics army. Skirmishers are still prevalent.

Best archers in the game.

WE wizards (spellsingers) have spells that manipulate environment, including making a new grove of trees and one causing an enemy unit to enter combat with the ground/terrain

WE have significant benefits within woods both stationary and moving.