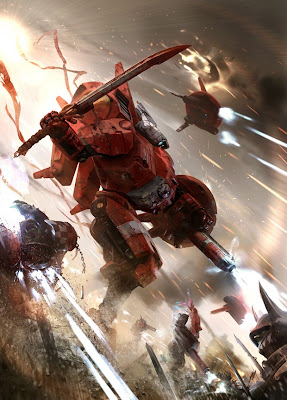 The Farsight Enclave codex supplement was released yesterday, and over all I believe it was a large success. Now that releases are across multiple digital platforms, the releases are more accessible, however, at least in the Kindle format for Farsight, there is an error.


Check out the image below. Its obviously an error in the new release, and since its on a digital format, will be easy to fix. I am sure Games Workshop is aware of it, but just in case its slipped by without notice..... I thought I would help get the word out so it can be updated. Even the best editors in the world miss things. 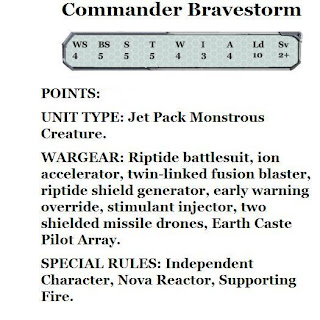 via a reader on Faeit 212
I bought the Kindle version of the Farsight Enclave and there is a big error in one of The Eight. see attached.  He has the stats of an XV8-02 but the wargear says Riptide.
7/21/2013
Natfka
News Headlines, Tau