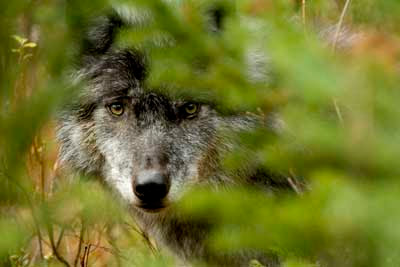 Right now we are in the thralls of 6th edition, but there is a bit of news that needs to be shared... What is going on with the beloved product Army Builder. I wont go into all the details (they are below), but this product is a wonderful, and the only reason I can see it being harrassed to be taken down, is so that Games Workshop can release a similair product for their games.

A big thanks to Jason for bringing this topic to my attention.

via Lonewolf Development from here http://forums.wolflair.com/showthread.php?t=21779
A few days ago, we learned that www.datafilecentral.com, a hosting site for Army Builder data files, has been notified by Games Workshop that all GW-related files need to be taken down. This was completely unexpected, as the site has been operating for many years without complaint from Games Workshop (or anyone else). The AB user who manages the site informed us about this over the weekend, and he said that he has no choice but to comply with GW's demands.

We've already notified the data file authors for any games that are impacted, allowing them to migrate their files to new hosting sites. If all goes smoothly, nobody will even notice the change. However, given the number of game systems involved, it's possible that there will be a temporary hiccup with at least one of them. In the interests of transparency, we want to give everyone early warning of potential problems.

For those users who aren't already aware, it’s important to note that Army Builder data files for games are not part of the product itself, being instead created by independent data file authors who are not affiliated with us. Lone Wolf Development creates the Army Builder software, and dedicated gamers then create AB data files for their favorite games. The model is very similar to creating spreadsheets for Microsoft Excel, with game system data files being created, maintained, and distributed by volunteers who want to leverage AB themselves and enjoy sharing their work with the rest of the gaming community.

If there ends up being a problem with migrating the data files for a game you play, it means that the data files for that game will be temporarily unavailable for download through the updates mechanism. Once the files are removed from datafilecentral.com, they won't be available again until they are hosted on an alternate site and the author has updated Army Builder to know where they can now be found. Once that's done, the files will again be available.

Please note that if you already downloaded the data files for a game system, you won’t experience any interruption in your use of Army Builder for that game. Your saved rosters will also not be affected. You simply won’t be able to download the data files again until they’ve been re-hosted by the author.

The best way to safeguard against being inconvenienced by any potential hiccups with data files for any game system is to immediately grab all the data files you might need as a backup so that you won't need them during any temporary outage. If you then discover you need the files due to a system failure or upgrade, you can easily copy them from your backup, even if they are temporarily unavailable through AB. You can find a complete list of Army Builder data files on our web site here: http://www.wolflair.com/index.php?co...ntal_downloads

As for what this means at GW, we know as much as you do. Army Builder has greatly enhanced the enjoyment of a vast range of miniatures games for 14 years now, GW's games included, and it's been a symbiotic relationship where everybody benefits. This could easily just be someone on the GW legal team doing a zealous sweep of anything that uses GW's IP, without any awareness of the long-standing allowance of AB data files. Or it could mean something has fundamentally changed in GW's philosophy towards AB. However, given that they have not contacted any of the data file authors themselves, including the high-profile 40K data file team, it seems to us that it's probably the former, and that's our working assumption right now. We're in the process of reaching out to GW to learn more, but we've heard nothing yet from GW ourselves.

Please note that the removal of data files from www.datafilecentral.com only applies to GW's games. All other games that are hosted there will remain, as other game publishers continue to view Army Builder and the fan-created data files as complementary assets that make their games easier and more enjoyable to play.

We apologize for any inconvenience caused by these events. Since we’re unable to work directly with the Army Builder data files for GW's games ourselves, they are unfortunately beyond our control. We’re doing everything we can to minimize the disruption caused by this to our users, and will continue to do so in the future.

Thanks in advance for everyone's patience and support as we work through this!