A Flyer Supplement with Pic 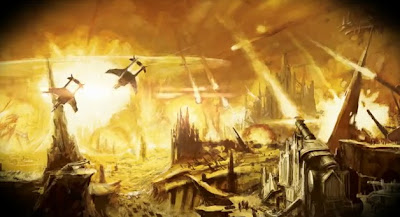 There has been rumored to be a flyer supplement for some time, and it was assumed by people (even me), that this would be for Warhammer 40k. However, this morning from a German Site we have a little different answer to this release....

This morning we have this picture, and it looks like Forgeworld is putting out a new release in the near future. This picture is the source of the rumors, and here is where it comes from.... (you will need to read german)
http://www.gw-fanworld.net/content.php?121-Forge-World-Imperial-Armour-Aeronautica

According to WD for release in june
it has over 40 aircraft
It is intended I beleive to update existing flyers into 6th edition.

I am still looking for details on this one, but they are rather sketchy atm. 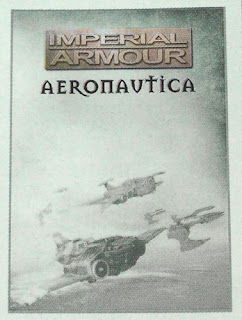