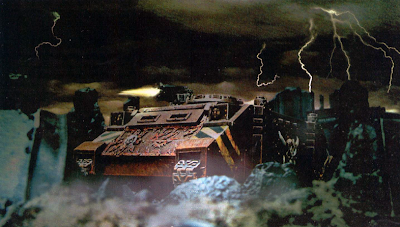 What lies ahead for 2012 and 2013? Well this rumor set of full of adjustments. Dark Angels being the first codex of next year instead of Tau for example. If true, I would think Tau would be right after DA, but lets get to the rumor first.

These are rumored confirmations based on other rumors, so please take them as such.


via Whitehat
October WOC Release -Delayed
CCW get AP in 6th Ed -Yes
Premeasuring in! -Yes
Wound Allocation is closest models to shooting unit first. -Yes
40k will have challenges like in fantasy-Similar
Hardcover book -Yes
Eldar flyer spotted -Yes
Dark Angels (May/June) -No
6th Edition (July/August) -No
Starter Box featuring Dark Angels vs. Eldar-No
Eldar (Oct/Nov Xenos slot) -No
October WOC Release -No
No EW Levels -Correct
Hull Points -Yes
Chaos Legions mid Year -Late, CSM, not Legions
Tau, first codex in 2013 -No
DA not updated anytime soon because GW doesn't want to invest in armies no one plays -No
Eldar before 6th -No
CSM get one of newest dexes in 6th -Yes
Tau / BT right after CSM - No
No TOS in 2012 - No to the Negative

So if this was true, we are looking at the following
6th Edition June 30th
Chaos Marines mid-late year
August wave of Daemons
WoC- Delayed until who knows when
Early 2013- Dark Angels Codex

A lot of talk over these rumors say that he is just writing down what he got from Beasts of War. However, I can tell you that most of these rumors did not come from BoW first, some in fact came from Grant here on Faeit 212, others from Tastytaste, and even more from Stickmonkey, Harry and others. So I beleive he is not just repeating rumors, but who knows.
6/11/2012
Natfka
40k, Rumors, Warhammer 40k