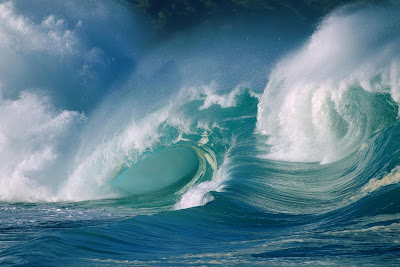 The end of all waves is not a complete and accurate picture of Games Workshops upcoming release policy (according to new rumors). Today we have more details on how this will work for codex releases. Previously we had them released in waves, primarily it seemed, a first and a second wave of models. With the rumor, we mostly assumed there would be no more waves, but just a single large update and release. The following rumor came from Bigred saying...

once 6th Edition is launched, the entire multi-wave concept for miniatures may be over from Games Workshop. There is talk that the Chaos Marine codex will launch with all its units, or at least have them shown in pictures in the codex.

Please remember that there has not been an official announcement, and until then, these are all considered to be rumors.
via Stickmonkey
There has been a lot of chatter being posted about the end to waves. I want to chime in and say this isnt entirely accurate. But the way gw is thinking about wave releases now will make more sense to the community...I think.

via Harry
On the wave thing ...
I guess all they need to do to protect their Ip is to release everything that is new/been added before or with the codex and then the later waves can be stuff they are replacing/updating. 3 waves; Before, With and After. Something big : Before, rest of the new stuff : With, updated stuff : After.

via Faeit 212
Some whispers I have been hearing. That Chaos Marines will get everything needed in a single wave at the time of the codex. Although I have been hearing that there will also be a finecast upgrade on much of its older miniature line a month after the codex release.

Games Workshop may with the coming of 6th edition make sure that every new codex entry has all its new models in line, and release them all at the same time of the codex. This would certainly allow for models to be redone, in fact, they may even wait to redo models, or upgrade metal models at a later time.
6/04/2012
Natfka
40k, Rumors, Warhammer 40k