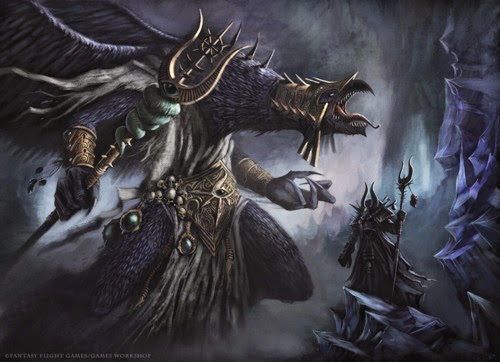 There has been rumors that we will be seeing something along the lines of Tzeentch coming soon. Not the fake Thousands Sons artwork I was sent yesterday, but instead rumors of campaign that could involve many models towards the summer. Here was something interesting that someone sent in the other day, and I thought I would share.


Not really a rumor on this, but possible hint of things to come?

via a reader on Faeit 212
Nothing confirmed rule/model wise, but the recent UK deliveries had Khorne
rubber bracelets as the included freebie. This week theres rubber
wristbands saying about Change. Tzeentch has been rumoured, and along with
the "daemon tide" in the back of this weekend's WD, could be the run up to
something
4/02/2015
Natfka
40k, 7th Edition, Chaos Daemons, News Headlines, Warhammer 40k