Leman or Lemon Russ? Will the New Codex Kill these Iconic Tanks? 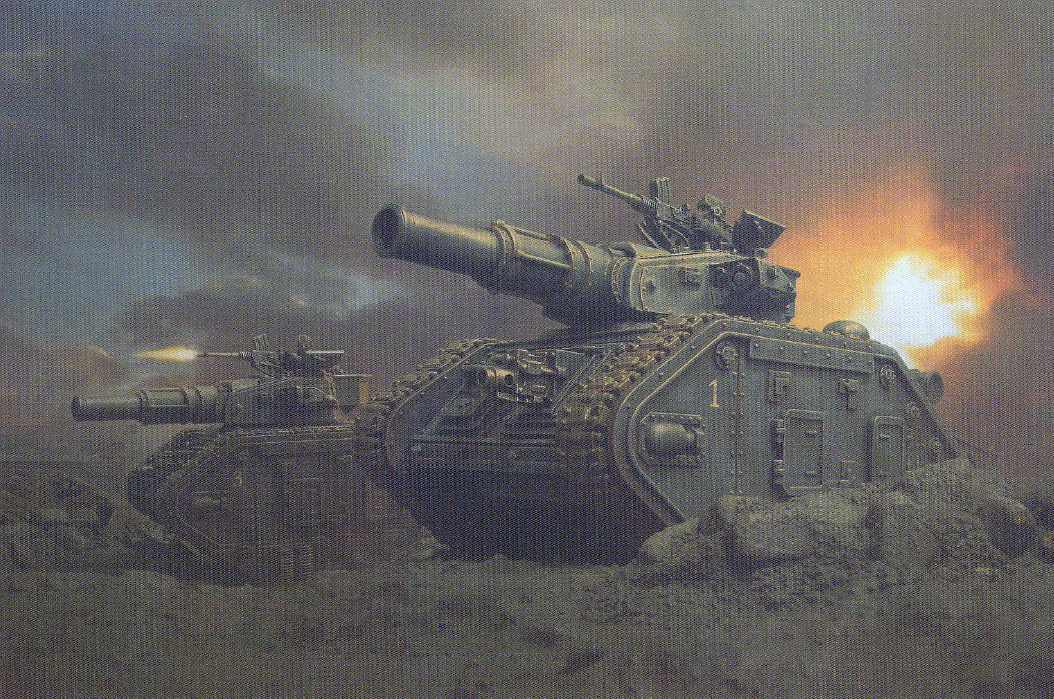 No tank is as iconic for the Imperial Guard as the Leman Russ. It is the one battle tank that captures the imagination of treadheads, and it would be a rare collection of Imperial Guard tanks to not have one or more of these beasts. Traditionally the Leman Russ has been a monster on the tabletop, and in 5th edition, there were tons of lists out there running many of these Battle Cannon armoured tanks.

The Rumors have it that the Leman Russ is getting the short end of the stick in the new codex come March. So will we be promptly renaming this tank, the Lemon Russ?

Whats not to like about the Leman Russ, Av14 front 13 sides and for some of the variants Av 11 rear. So what happened to them in 6th edition and why the issue?

In the current 5th edition codex the Leman Russ has the Lumbering Behemoth rule, which allows it to move and fire all its weapons, including ordinance weapons. When 6th edition came, the FAQ's hit and changed the tank to a heavy tank, which is all and good considering that it can move 6" and fire as if it was standing still.

The Issue is that the Leman Russ often comes with an ordinance weapon, which does not allow the firing of other weapons once the ordinance cannon is shot since it lost its lumbering behemoth rule. This is great if that's all you are equipped with is a battle cannon, but the various upgrades the tank carries allow them to stock up on side sponsons, including plasma cannons. With 6th edition the best way to field the Leman Russ is with no side sponsons and no upgrades, since its inefficient to add them if they wont be able to fire.

I have loved the Leman Russ Demolisher with dual side sponsons of plasma cannons and hull mounted lascannon for years. In fact I have two of them done. According to rumors, the only thing I will be able to do with these tanks is to rip the side sponsons off to play them with any real sense of efficiency. That would be a shame.

Please remember that these are rumors, based off of playtesting, and hopefully the rules will be finalized to give us back the Leman Russ. Otherwise its time to shelve any ordinance firing variants with side sponsons.

While I see that the squadron rules tested look very cool, the idea of stripped down leman russ battle tanks is a little depressing.

via an anonymous source on Faeit 212
Maybe next edition it'll be good again, but it looks like no changes to the Lemon Russ this time around.
Still front armor 14, still rear 10 or 11, and still 3 hull points as a heavy vehicle.

The only change we might be seeing is new rules on how they squadron, forcing them to deploy within 6" (or enter from reserve together) but otherwise operate independently from then on.

This could see a return of the Russ since it'd be 1 heavy support slot but get potentially 3 into the army freeing room for other heavies... but it's still very pricy and very .. er.. crummy.