Imperial Knights, IG Renamed, and Wood Elves in May 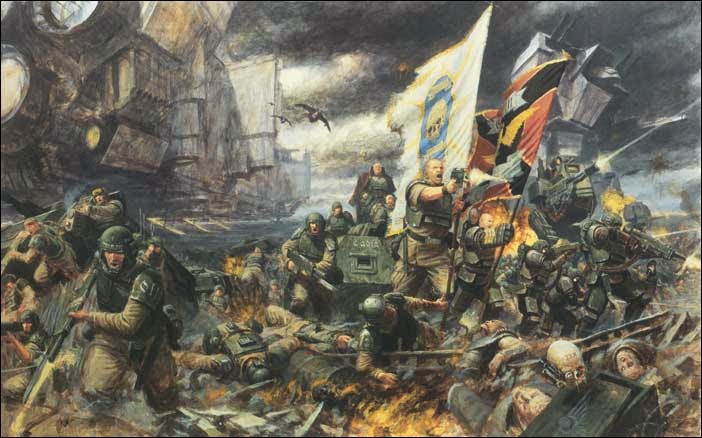 
Please remember that these are rumors. So with that said, a new IG codex is certain to be an April release, with Imperial Knights in March.

via Lion 275 on Warseer
IG will be in April. March will focus soley on the Imperial Knights. Followed by Wood Elves in May...

It sounds like Imperial Knights will be a Dataslate or a mini codex. I bet you see it in the WD then have it come out in Dataslate/mini dex. From what we were told it will not be in the IG codex and will be able to ally with various armies.

IG is getting a new name with their new codex a la SoB. According to 40K Radio's source, they'll be renamed to the Astra Militarium.

Yup a brand new name. The book is called Astra Militarium.
I am just going by what our source has told us. Could be a legal issue, could be they are incorporating more things into the Codex. Time will tell.