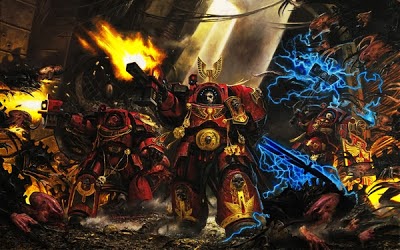 There is a new rumor out today that this September we will see a new box set release of Blood Angels and Orks.

Now there are people saying these rumors conflict with the 40k radio one, but dont worry, they dont conflict a much as it first appears to. There is some weight behind this rumor set,  one I would consider very solid.