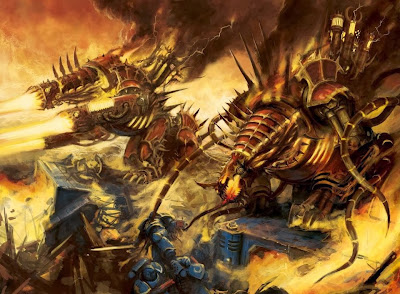 Its finally here, the official announcement that White Dwarf is now weekly and Warhammer Visions a new magazine, will be our monthly release. While they did not give a ton of information, its great to see this finally announced.


Here is the official announcement. Warning though, if you follow this site, there is nothing new here, except that the news is official.

From Saturday 1 February, White Dwarf will be available each and every Saturday exclusively in your local Games Workshop store, Independent Stockist and at games-workshop.com

White Dwarf will contain everything that’s new and exciting in the hobby that week, from news and information on all the week’s other new releases, to new columnists, interviews, painting, modelling, game rules and much more. And the price? The same as a pot of your favourite Citadel paint.

Warhammer: Visions will be available on the first Saturday every month in your local Games Workshop store, Independent Stockist, games-workshop.com and local newsstands in the UK, Europe and Australia.

Warhammer: Visions is a completely new monthly magazine, also from the White Dwarf team. It’s unlike anything we’ve ever done before and this super high-quality visual feast weighs in at a whopping 236 pages, each and every month.

Just 17 days to go and counting.

After months of planning and hard work, we’re really excited to be able to share this news with you. We were overwhelmed by all the support and feedback you gave us last time we relaunched White Dwarf back in September 2012 (and by your emails and photos that you send us every day – please keep them coming), and we’re even more excited by what we’ve got coming up for you in 2014.